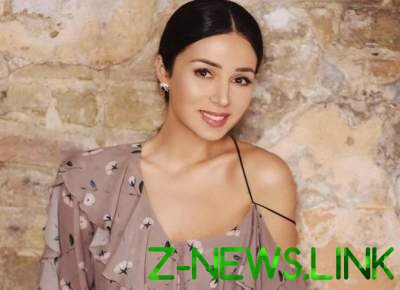 Zlata ognevich about the attacker: “He wants to talk, and emphasizes that he is my husband.”

The evening of 28 February at the popular Ukrainian singer Zlata Ognevich was attacked near her house. In comments to our earlier publication, the actress said that her attacker, the male chases her for about two years.

Attack was filmed by surveillance cameras. Zlata ognevich has published the fragments in the network and hired security guards that accompany her now at all events.

And, as was not in vain. In fact, after talking with the assailant celebrity realized that he has a mental disorder, as the man is convinced that Zlata ognevich – his wife.

“He wants to talk, and stresses that he is my husband. He had such imagination!.. I need a lawyer explained: until he makes an attack on me, until then in our country there is no law that protected me. Yes, it can limit that, so he didn’t come up to me at a distance of a few meters, but we have this in America: if there’s a man attacked, he can sit in jail, roughly speaking, the next day,” – said the singer in interview to “the high life”.

In addition, Zlata ognevich is going through and for the safety of other girls who may face this man. Because he works in the taxi, so a lot of people daily expose themselves to danger, sitting in his car.

“Under all sorts of drugs he takes people! Next time he might have a knife, gun or some kind of acid… It’s scary!”, she said.