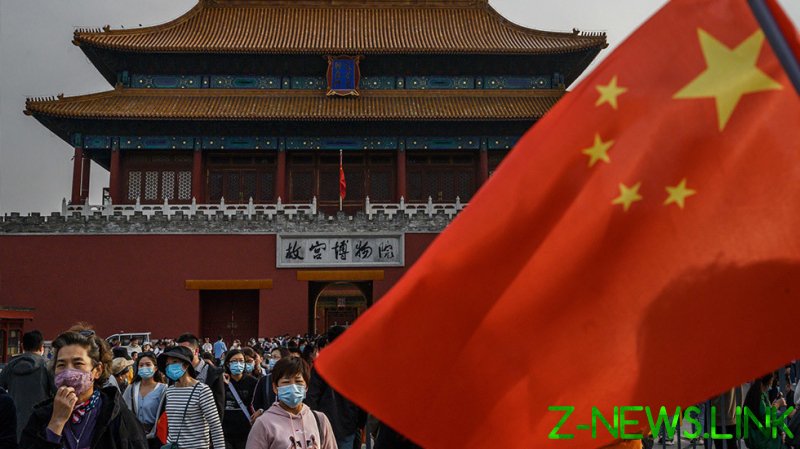 A story picked up by the UK media at the end of September passed almost unnoticed. As The Guardian reported, “The government has ordered schools in England not to use resources from organizations which have expressed a desire to end capitalism. Department for Education guidance issued on Thursday for school leaders and teachers involved in setting the relationship, sex and health curriculum categorized anti-capitalism as an ‘extreme political stance’ and equated it with opposition to freedom of speech, anti-Semitism and endorsement of illegal activity.”

As far as I know, this was the first time such an explicit order had been given; nothing like this happened even in the darkest periods of the Cold War. One should also note the words used: “a desire to end capitalism.” Not an intention, a plan, a program, but simply a desire – a term which can be applied to almost any statement (“True, you didn’t say it, but it’s what you desire…”).

Why this sudden panic reaction to communism? Is it fear that the pandemic, global warming and other social crises may provide an opportunity for China to assert itself as the only remaining superpower? No, China is not today’s Soviet Union; the best way to prevent communism is to follow China. While the Soviet Union was the external enemy, the threat to liberal democracies today is internal, from the explosive mixture of crises that beset our societies.

Let’s take an extreme but clear example of how the ongoing pandemic pushed our societies in the direction of what we associate with communism, and for some even the worst part of it.

In his Logiques des mondes, Alain Badiou elaborated on the idea of the politics of revolutionary justice at work from the ancient Chinese ‘legists’ through Jacobins to Lenin and Mao. It consists of four moments: voluntarism (the belief that one can “move mountains,” ignoring “objective” laws and obstacles), terror (a ruthless will to crush the enemy), egalitarian justice (its immediate brutal imposition, with no understanding for the “complex circumstances” which allegedly compel us to proceed gradually), and, last but not least, trust in the people.

Does the ongoing pandemic not require us to invent a new version of these four features?

Voluntarism: Even in countries where conservative forces are in power, decisions are taken which clearly violate “objective” laws of the market, like the state directly intervening in industry, distributing billions to prevent hunger or for healthcare measures.

Terror: Liberals are correct in their fears. Not only are states forced to enact new modes of social control and regulation, but people are even solicited to report family members and neighbors who hide their infection to the authorities.

Egalitarian justice: It is commonly accepted that the eventual vaccine should be accessible to everybody, and that no part of the world population should be sacrificed to the virus – the cure is either global or inefficient.

Trust in the people: We all know that most of the measures against the pandemic only work if people follow the recommendations. No state control can do the work here.

But much more important than this is the partial socialization of economy imposed by the pandemic. Such a socialization will become even more urgent with the ongoing rise in infections. This is how one should also interpret the ‘fascist’ tendencies of Trump and other populists. As Walter Benjamin said long ago: “Behind every fascism, there is a failed revolution.”

These ‘fascist’ tendencies signal that the establishment is silently aware of the radical social consequences of the pandemic. The establishment acts preventively by trying to quash them before they acquire full political form.

Although it is too simple to dismiss Trump as a fascist, the danger he embodies is even worse than outright fascism. From my youth, I remember a classic East German joke: Richard Nixon, Leonid Brezhnev and Erich Honecker confront God, asking him about the future of their countries. To Nixon, he answers: “In 2050, the US will be communist.” Nixon turns around and starts to cry. To Brezhnev, he says: “In 2050, the Soviet Union will be a Chinese province.” After Brezhnev also turns around and starts to cry, Honecker finally asks: “And how will it be in my beloved GDR?” And God turns around, and starts to cry…

We can easily imagine a version of the same joke if Trump and those similar to him prevail in our world. Putin, Chinese President Xi Jinping and Donald Trump confront God with the same question. To Putin, God answers: “Russia will be controlled by China,” so Putin turns around and starts to cry. To Xi, God answers: “Mainland China will be dominated by Taiwan,” so Xi does the same. When Trump finally asks the same question, God turns around and starts to cry…

What we are getting today – not only in China – is the combination of strong authoritarian states with wild capitalist dynamics. The most efficient form of capitalism today is what Henry Farrell called “networked authoritarianism”: if a state spies on people enough and allows machine-learning systems to incorporate their behavior and respond to it, it is possible to provide for everyone’s needs better than a democracy could. Here, Xi, Putin and Trump are joining hands.

Two conclusions impose themselves here, a short-term one and a long-term one. The short-term one is that the task of (whatever remains of) the radical left is now, as Alexandria Ocasio-Cortez pointed out, to save our “bourgeois” democracy when the liberal center is too weak and indecisive to do it. ‘Shame on them; we have now even to fight their battles!’

Obsessed by Trump’s provocative eccentricities, liberals miss the key point, developed by Michael Sandel: Trump is not a dictator, he only plays one on television, and we should not play along as his supporting cast. This is what we do when we criticize him as some kind of fascist, instead of focusing on his failures which he obfuscates by his dictatorial excesses and provocations. His typical strategy is to provoke the liberal ire which attracts wide attention and then, out of sight of the public at large, enforce measures which limit workers’ rights, etc.

And the second conclusion? During the protests that erupted in Chile in October 2019, there was graffiti on a wall which read, “Another end of the world is possible.”. This should be our answer to an establishment obsessed by apocalyptic scenarios. Yes, your old world is coming to an end, but the options envisaged by you are not the only ones: another end of the world is possible.