Home / sports / Zinchenko has risen in price twice, according to the “Transfermarket”

Zinchenko has risen in price twice, according to the “Transfermarket” 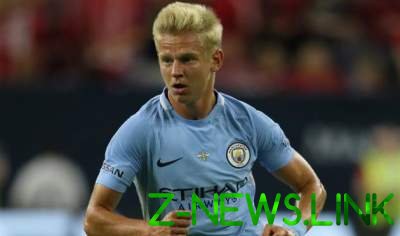 Midfielder “Manchester city” and the national team of Ukraine Alexander Zinchenko has approached the status of the most expensive football player of Ukraine.

Portal “Transfermarket” dramatically increased the cost Zinchenko – despite the status of a reservist in man city, 21-year-old Ukrainian has risen to 15 million euros.

English “Wolverhampton” before the closure of the transfer window was ready to pay for the proposed £ 16 million, however, the graduate of Shakhtar he refused to go and decided to stay at man city.

See also:  Price shock: the Ukrainians warned of the serious rise in price of products

The most expensive football player of Ukraine is Andriy Yarmolenko – beginner “West ham” after the move to England fell from 23 million to 20.

See also:  The expert explained what products will rise in price in Ukraine