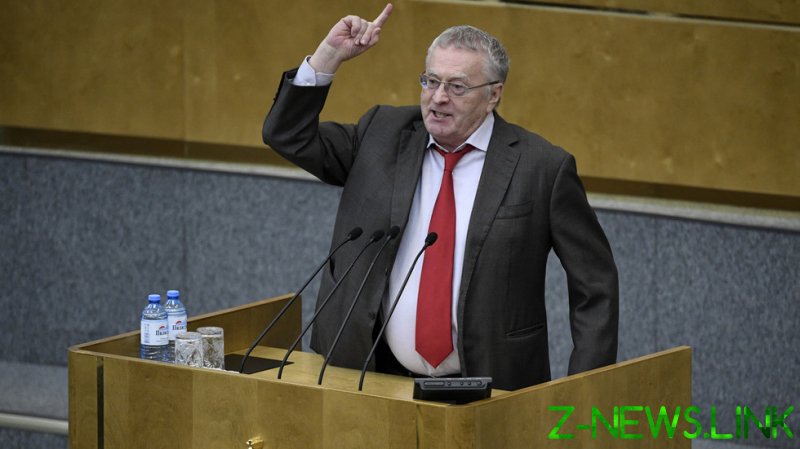 On Wednesday, one of the most colourful politicians of modern Russia, Vladimir Zhirinovsky, passed away. He had a unique personal style that left few people indifferent.

Zhirinovsky’s incendiary rhetoric and crude humor garnered him as many critics as fans. Both traits are evident in his arguably most famous quote: “I dream that Russian soldiers will wash their boots in the warm waters of the Indian Ocean and switched to summer uniforms for good.”

RT has compiled some of his other memorable public remarks about various issues, from politics to lifestyle.

On presidential ambition
“My hands are clean, but if I ever become president, they’ll be covered in blood.”

On Russian language
“Don’t make kids learn English. Let them study the Kalashnikov rifle instead. Then, the entire world will speak Russian soon.

On democracy in Russia
“Where did the mad cow disease come from? British democracy. What kind of democracy are you even talking about if 65% of Russia is permafrost?”

On his partial Jewish background
“Why would I ever renounce Russian blood, Russian culture, Russian land and love the entire Jewish people just because my father left a drop of Jewish blood in my mother’s body?”

On smoking
“Let our people smoke. Smoking and drinking every day is the only salvation from suicide. If they stop smoking, they’ll be hanging themselves.”

More on sex
“Sex is a large part of my life, unfortunately.”

On stress
“How do I deal with stress? I ordered cheap plates in every office. Won’t regret smashing them if it comes to that.”

On women in politics
“Politics should be about sober calculations, there is no place for lyrics here… [Ukraine, Ex-Prime Minister Yulia] Tymoshenko is a woman, I’m sorry to say. I don’t like them, because it’s easier to make a woman change her mind.”

On the British government
“Not a single embassy in Moscow has diplomats as insolent as Britain’s. The most odious intelligence in the world is Britain’s MI-6. And the biggest spies are the British journalists. They get their paycheck from two places.”