Zhanna badoeva told about the conflict with Natella Krapivina 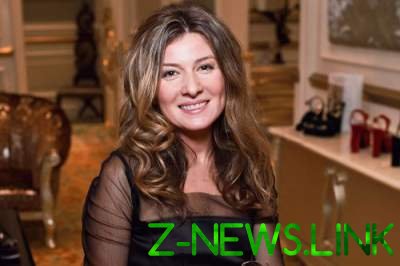 On 18 February, the official YouTube channel of the show heads and Tails came out with a video in which the producer of the project Natella Krapivina told that Zhanna badoeva has appropriated the credit for the creation of this body-format. According to Natella, the project idea was born not in the team of Jeanne and her classmates. The producer also said that during the eight years of the project have heard many times such statements of Jeanne, but never dared to comment.

Today, March 28, in the new issue of the YouTube program “And talk?” Zhanna badoeva for the first time commented on the conflict. As it turned out, she still has not seen the movie and learned about it from friends.

See also:  The gunman told about the execution of the Russian Cossacks of a trolleybus in Donetsk. Video

“I was very surprised by her statement, her reaction to what I was saying for nearly 10 years. I don’t understand at all what it was about. I didn’t even see it. I called our mutual friends, saying: “Jeanne, what’s happening?” And I don’t know, I’m in shock. We came up with this project in 2010. This year will be 10 years. Why now she decided his reaction is to throw out so I don’t understand. And I’m not interested. I have been retired from the “eagle and Tails”. I have this project very much. I love it. It was a creative time when we all made it up and filmed. We didn’t know whether it will be popular. Just had a team of former students, classmates. They never told us what to do. We invited the writer Kate Turova who came up with the time with the coin. I’ve always said. Never told that the coin is mine” – said Badoev.

In addition, ex-leading “eagle and Tails” has told about the acquaintance with Krapivina.

“I Natella met in 2010 on the birthday of our common friend. I at that time was a Director on television, and she had some business she wanted to come to the site to see. I agreed. And then she offered me to do a project,” shared Jeanne.

To continue the fight Badoev is not going to. “Heads and Tails” for her in the past and now she focuses on new projects.