Home / WORLD / ‘Zero Covid’ strategy might sound great, but it can lead to even MORE radical measures. Because ‘Seek and ye shall find’

‘Zero Covid’ strategy might sound great, but it can lead to even MORE radical measures. Because ‘Seek and ye shall find’ 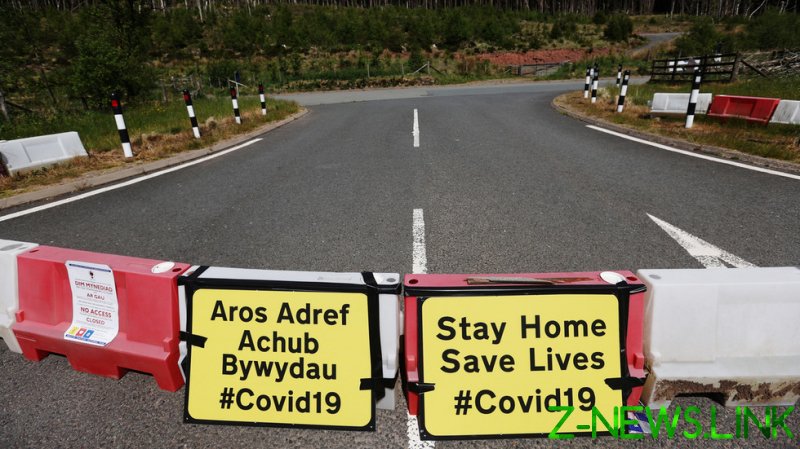 Zero Covid? Who could possibly be against that?

But while initially the total elimination of coronavirus sounds like quite an attractive idea, the devil most certainly is in the details. If ever there was a case of the cure being worse than the disease, this is it.

The first of the four “key steps” the UK Zero Covid group lists for its strategy is: “A full UK-wide lockdown until new cases in the community have been reduced close to zero.”

Note, there is no time limit for this. We could theoretically be locked down for ten years, or even longer. Particularly if ‘cases’ are defined not as people who have symptoms and are actually sick (the usual pre-Covid medical definition of a ‘case‘), but as anyone who tests positive after a high-cycle PCR test, with all its problems of false positives when there is low prevalence. As the WHO (that’s the World Health Organisation, and not the rock band), stated: “Disease prevalence alters the predictive value of test results; as disease prevalence decreases, the risk of false positive increases.”

Just imagine how wrecked the economy will be if we’re in never-ending lockdowns. Answer: there won’t be any economy, except a Big Tech online one.

Well, to counter this, the fourth “key step” of the Zero Covid strategy is a “pledge to guarantee the livelihood of everyone who loses money due to the pandemic.” Considering that the financial cost of lockdown has been estimated at £2.4 billion a day

(to say nothing of the cost to our health, physical and mental), that’s quite a lot of money the government will be paying out. Where is it all going to come from?

The other two “key steps” are:

That might sound good on paper, or on the web, but having an “effective find, test, trace and isolate and support system” is easier said than done. Remember back in 2020, when Germany’s “intensive system of testing, contact tracing and quarantine” was being praised to the rafters? What did that lead to? Another lockdown.

As for Covid screening and quarantine, how long would this be for?

Whenever you question the wisdom of ‘Zero Covid,’ its supporters usually reply with two choice words. No, not, ones beginning with ‘F’ and ‘O’, but ‘N’ and Z’. New Zealand. Now it’s true that New Zealand’s record has – on the face of it – been impressive. The country’s death toll with Covid of just 26 people puts New Zealand 142nd out of 153 when it comes to Covid deaths per million of population.

But its success has been predicated on closing its doors to the world. Immigration states: “Travellers to New Zealand from all countries, except eligible passengers from the Cook Islands, must complete a 14-day stay in managed isolation or quarantine.”

Now, strict border controls and quarantine might be OK for several months for a geographically remote island country in the south-western Pacific, but how long would this be viable for the UK, a country right in the middle of the international highway? And I write as someone who did urge for flights to be cancelled from virus hotspots and other measures to be taken at UK airports back in March 2020, which surely was the most appropriate time.

Even pulling up its drawbridge hasn‘t protected New Zealand from further lockdowns. Only this week its biggest city, Auckland, went into a snap three-day shutdown after three community cases were discovered.

Zero-Coviders are right to castigate the UK government for the way they have handled matters, but in fact there’s only a width of a cigarette paper’s difference between what they are arguing for, and what Johnson is actually doing. As I noted in a previous OpEd, the Tory government has played the left like a violin, by pretending to be in favour of ‘herd immunity’ while all the time pursuing a Zero-Covid policy in all but name. Having been led to believe that lockdown would end after the “most vulnerable” had been vaccinated, we’re now told it won’t be eased until cases drop to below a 1,000 a day. It’s not so much a case of the goalposts moving, but being removed from the pitch altogether, as Tory MP Sir Charles Walker, an opponent of lockdown, has stated.

Scotland, where Zero Covid is more openly admitted as a strategy, is on a very similar path. Yesterday, Nicola Sturgeon urged Scots not to book Easter holidays or overseas holidays in the summer.

The first minister could also give no guarantee that “staycations” would be possible, either. Sturgeon said that it was “hard to overstate the necessity of being careful, cautious and gradual as we exit this lockdown.”

But is that really true?

Surely it IS possible to overstate the necessity of being ‘careful, cautious and gradual’ over spring-summer unlocking for an respiratory infection that appears to have peaked in the autumn and winter months and which has in any case relatively low mortality. Do we do the same for flu?

It doesn’t make one a ‘Covid-denier’ (the latest witch-hunter phrase doing the rounds) to acknowledge that responses to it can be disproportionate. Which, in the UK at least, they have been. Quite massively, in fact.

There were no deaths announced ‘with‘ Covid on Monday in Scotland, yet still Sturgeon is warning people that their summer will effectively be cancelled. And that’s the basic problem with the ‘Zero Covid’ approach. It’s a chimera.

Last June, Devi Sridhar, an adviser to the Scottish government, who also served on the World Economic Forum Council on the Health Industry, claimed that Scotland was on “track to eliminate coronavirus by the end of summer.” Sturgeon herself said that her priority was driving the virus “as far as we can towards total elimination.”

And where is Scotland today? After eleven months of restrictions it’s still in lockdown.

Contrast what’s been happening in the UK with those countries where Covid has not been treated as something unprecedented. Laid-back Sweden, for instance, which has had no national lockdown, and no mask mandates, has a much lower per capita death rate than several long, hard-lockdown countries where people were told to ‘mask up‘.

In Belarus, the bete noire of hypocritical Western pro-lockdown ‘liberals’, there’s been no lockdown either and a per million death rate of just 5.92.

At the weekend the Guardian reported on Nepal, where the government had to end the lockdown in July because it couldn’t afford to maintain it. Has Nepal, a country we’re told has a “weak public health system,” been overrun by Covid? Answer: No.

The Guardian quoted public health specialist Sameer Mani Dixit: “It’s as if nothing has happened. The nightclubs are crowded. Schools and colleges are reopening. Sports venues are full. It doesn’t seem like there is any Covid. It defies logic.”

Note Sweden, Belarus, and Nepal have left-wing governments. But they didn’t go for ‘Zero Covid’ as the left, heavily influenced by Gatesian WEF-globalism, is doing in Britain.