Home / WORLD / ‘Zero Covid’ may sound ideal, but it’s utopian, fanciful, authoritarian nonsense. Is that why so many lefties love it?

‘Zero Covid’ may sound ideal, but it’s utopian, fanciful, authoritarian nonsense. Is that why so many lefties love it? 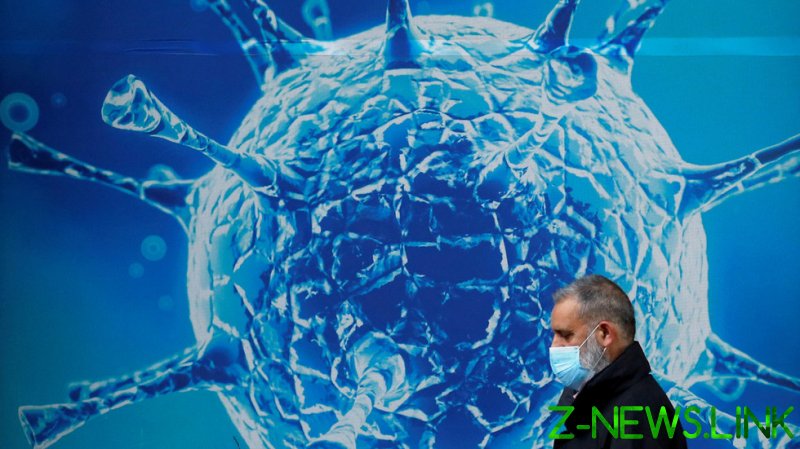 Governments should adopt a strategy of eliminating Covid-19. Who could argue with that? After five months of lockdowns over the past year in the UK, everyone is mightily sick of living with restrictions. If there is a way of driving the virus out altogether, perhaps we should take it. But the demands of the ‘Zero Covid’ movement seem to be an odd mix of uncontroversial policies and extending authoritarian measures indefinitely.

The campaign group was set up last summer, predominantly by left wingers such as trade unionists, local councillors and academics, and seeks to entirely eradicate the virus from our shores.

Its means of achieving this involve a full lockdown until cases have been reduced “close to zero”, the shutting down of unsafe workplaces, and the government paying people not to work and stay at home. It says diseases such as polio, measles and smallpox have all been eradicated and that we should do the same with Covid. However long it takes.

So far, so fanciful.

Perhaps ‘Zero Covid’ is not the best bit of branding. Not even its most ardent supporters think the virus will disappear any time soon. However, by reducing infections domestically to very low levels and doing everything possible to stop the virus from being imported from abroad, the argument is that we could, in every other respect, be much freer. At some point in the future.

Thus, Zero Covid supporters have rebranded themselves as the real ‘anti-lockdown’ proponents, at least in the long-term. They argue that their approach means more than simply mass vaccination. It means jumping on any small outbreak fast, isolating anyone who is or might be infected. Those measures aside, life would carry on much as normal. Just look at Australia and New Zealand, supporters say, and see how life has barely been affected by the disease (though it has by government diktat, of which more later). Compared to the tyranny of repeated regional and national lockdowns, it is an attractive thought – or so it seems.

Firstly, however, some of the movement’s proposals are trite. The UK government and the devolved administrations in Scotland, Wales and Northern Ireland all believe vaccinations are hugely important, but not enough on their own. Despite the success in bringing down death rates, there still needs to be some focus on limiting case numbers. The least disruptive way to do that is to identify cases very quickly, order people who test positive to isolate and also order all the people they may have infected to isolate, too.

This is still a form of lockdown – but at least it is focused purely on those who are infected or might very well be infected. And we should be releasing people from this requirement as soon as they have a negative test, not automatically waiting for 10 days.

It’s not as if governments aren’t trying to make this work. Billions have been spent on testing programmes, now running at over 1.5m per day. As for the tracing bit, a high proportion of infected people and their contacts are now being contacted by England’s Test and Trace programme (NHSTT), if still too slowly. The Health Foundation reports that in February in England, for example, “the proportion of cases and contacts reached by NHSTT remained similar to previous weeks at 88% and 93% respectively. The time taken for results to be reported and for contacts to be told to self-isolate increased very slightly. It took a median of 79 hours between a case getting symptoms to their contacts being reached compared with 77 hours in the previous week.”

There may be ways to improve on this performance, but it seems unlikely such improvements would be game-changing. More important is the ‘isolate’ bit. Figures suggest that many people are not isolating completely. Initially, this was thought to be because they couldn’t afford to – they needed to work. However, since September, the government has been providing a lump sum of £500 to people told to isolate themselves, suggesting that other reasons are more important now. There have been calls to improve the support system, but again, any further gains may be quite marginal. Most of the affected people are isolating most of the time.

So the Zero Covid policies that would really change matters are more authoritarian. Because first, such policies keep lockdowns in place much longer in order to get cases to very low levels – completely disregarding the fact that vaccines mean the NHS should never again be seriously threatened by being overwhelmed, and that the highest-risk groups already have decent levels of immunity, even after one dose.

Second, Zero supporters want compulsory quarantine for everyone coming in and out of the UK’s airports. The current system is that travellers must show a negative test no more than 72 hours before getting their flight to the UK. Travel from Covid hotspots (‘red list countries’) is also banned, except for returning UK residents, who must quarantine. But Zero Covid would mean quarantine until cases globally were far lower than they are now – possibly until Covid is eradicated. The only people who can travel abroad in such circumstances would be those with deep pockets to pay for hotel quarantine and are able to work remotely for two weeks. The only respite would be travel between countries that both have zero community transmission.

So, in other words, Zero Covid means ‘Almost Zero International Travel’ (not unlike the policies that the countries Zero devotees love, Australia and New Zealand, have imposed). For Brits desperate for a week or two abroad this year, this would be miserable – and devastating to what is left of the travel industry and areas in southern Europe that depend on tourism. This isn’t Covid Zero so much as Covid Nimbyism – not in my back yard.

Moreover, it’s a myth that Zero Covid would mean no more lockdowns. The Australian state of Victoria (just 20,500 infections and 820 deaths out of a population of 6.7m) spent four months in lockdown last year. New Zealand, the poster child for Zero Covid with 2,400 cases and just 26 deaths among its 4.9m people, still plunges areas into lockdowns in response to a handful of cases. China may officially have relatively few cases, but only at the cost of a deeply authoritarian society.

What starts out as an attractive idea soon becomes a draconian mess. The Victorian premier, Dan Andrews, is not known as Dictator Dan or Kim Jong Dan, just for laughs. We are going to have to live with Covid for some time to come, but vaccines should allow considerably more freedom without the risk of disaster.

What is so disheartening about Zero Covid is that it has been taken up as a cause by sections of the political left. The people who should be campaigning to open up society and allow working-class people to get back to earning a living are hopelessly obsessed with regulating society for our own good. Why – when all the evidence shows that lockdowns disproportionately hit the poorest hardest, and make the rich much richer – do socialists so fervently embrace them?

For example, last weekend I attended the opening session of an online event to launch Zero Covid Scotland. What was striking, apart the low turnout, was the sprinkling of union activists and far-left veterans. Perhaps they believe in the nonsense that opening up society is putting profit before people. In fact, it’s not just business owners who want to get back to normal – millions of people are desperate to be free to work and socialise, too.

While the NHS was at breaking point in January, there was a wide consensus – rightly or wrongly – that we should tolerate unprecedented restrictions until the risk had passed. Continuing such restrictions for much longer is going to be a tough sell now that 50 per cent of the adult population has had at least one dose of vaccine. Cases are less than a tenth of the level in early January – even with all the extra testing. The number of people in hospital is down by over 80 per cent. Deaths are falling by about 30 per cent per week, with fewer than 100 being reported daily and further falls ‘baked in’ as cases have declined so sharply.

We should, of course, keep an eye on the effectiveness of vaccines, particularly when it comes to new variants. We should keep testing and continue to ask infected people to isolate – and make sure they have the support to do so. But Zero Covid is an illiberal idea that is not nearly as attractive as its supporters would have you believe.