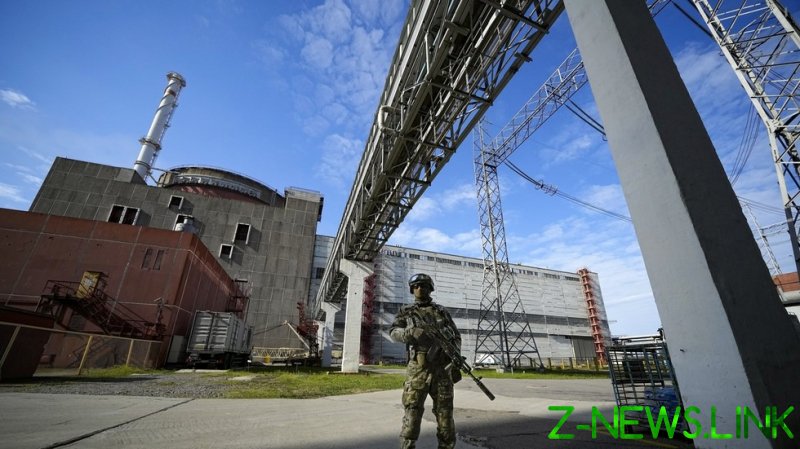 In a Twitter post on Sunday, Zelensky said that he had spoken with European Council President Charles Michel and briefed him on the battlefield situation in Ukraine, “in particular at the Zaporozhskaya [Nuclear Power Plant].

“Russian nuclear terror requires a stronger response from the international community,” Zelensky continued, adding that he wants the West to impose “sanctions on the Russian nuclear industry and nuclear fuel.”

Ukraine accused Russia on Saturday of firing rockets at the facility. Zaporozhskaya, which is Europe’s largest nuclear power plant, is located in Ukraine’s southern Zaporozhye Region.

While Kiev’s claims have been echoed in the Western media, the plant has been under the control of Russian forces since late February, and Moscow on Friday accused Ukrainian forces of the shelling. Russia has appealed to the UN and the International Atomic Energy Agency (IAEA) to intervene and force Ukraine to cease firing on the plant.

Although the EU has passed seven successive packages of sanctions on Russia since February, it has not targeted the country’s nuclear industry. Europe relies on Russia to provide around 20% of its uranium, and the state’s nuclear energy firm, Rosatom, operates plants in Hungary, Slovakia and Finland, though cooperation with the Russian firm has been suspended at the Finnish installation.