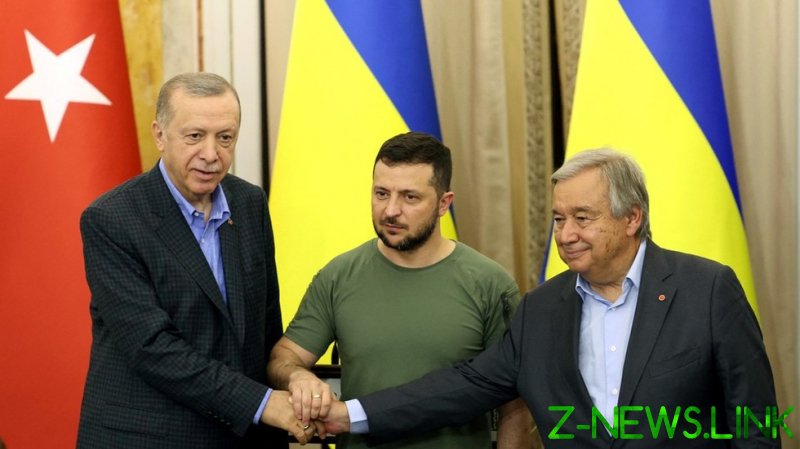 Ukrainian President Vladimir Zelensky is concerned he is being taken advantage of by someone close to him, Turkish President Recep Tayyip Erdogan said, citing their conversation during the meeting in Lviv on Thursday.

Asked by a farmer about the Ukrainian leader’s “situation” on Monday during a visit to local vineyards, Erdogan claimed Zelensky was “very worried. There are people around him who deceive him a lot.”

Erdogan had not mentioned this confession during earlier public statements about the negotiations in western Ukraine, and he did not elaborate further on who Zelensky believed was deceiving him. The two men met with UN Secretary-General Antonio Guterres and signed an agreement on restoring Ukrainian infrastructure destroyed during the conflict. 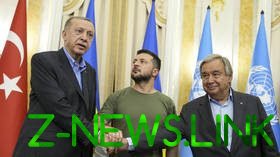 The Ukrainian president has been firing high-ranking members of his administration at a fast clip since Russia’s military operation began in February. Special forces commander Grigory Galagan was removed last month.

First Deputy Secretary of the National Security and Defense Council Ruslan Demchenko was also let go last month, though for apparent health reasons, while Prosecutor General Irina Venediktova and Intelligence Bureau chief Ivan Bakanov were suspended and placed under investigation on suspicion of working with Russia.

Not content to merely behead the Ukrainian security service (SBU), Zelensky announced a personnel audit in the agency and fired several regional heads as well. He had apparently been planning to audit the SBU for some time, claiming that on February 24, the day Russia launched its offensive in the Donbass, some representatives of a law enforcement agency were “somewhere [else], instead of protecting their people.”