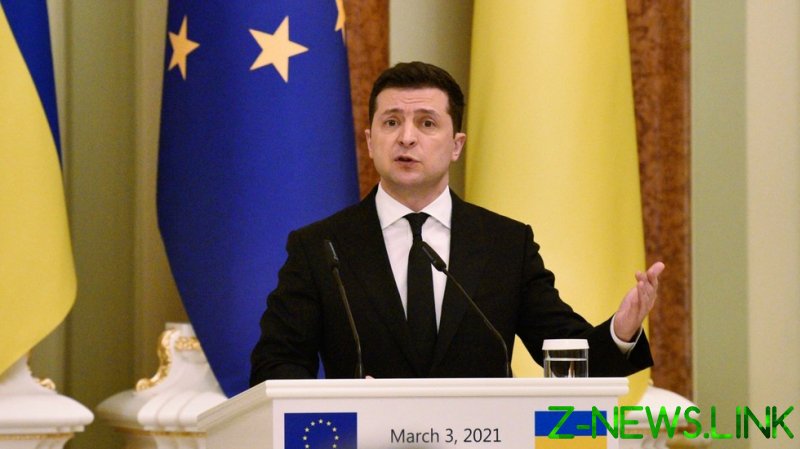 Medvedchuk is a serving MP and one of the leaders of the country’s largest opposition party, Opposition Platform – For Life (OPZZh), which primarily draws its support from Russophone residents of southern and eastern Ukraine. Using his connections and status in the community, he was able to strike deals that allowed numerous servicemen to return home from captivity.

However, since the start of the year, the government in Kiev has been putting the squeeze on both Medvedchuk and his political ally, Taras Kozak. In February, the state seized Medvedchuk’s property and banned him and his wife from doing business in Ukraine. Then, officials banned three Russian-language TV stations owned by Kozak. Now, as the situation worsens still further, the national prosecutor has announced that the two MPs will be charged with treason and the alleged plundering of national resources.

The 2014 Western-backed Maidan promised to bring democracy and good government to the country. The reality has proven to be entirely different – civil war; economic collapse; and a government that seems to grow increasingly undemocratic by the day.

Just two years ago, comedian Volodymyr Zelensky promised to reunite what was by then a badly divided nation. This appeal helped him to win an overwhelming majority in the presidential election. The political newcomer fared well in the south and east of the country where Russian-speaking Ukrainians were hopeful of an antidote to the nationalist mood that had swept Ukraine following the Maidan. They were further enthused by the fact that Zelensky himself came from the hard-scrabble Russophone city of Krivoy Rog.

Unfortunately for those supporters, however, Zelensky has proven unwilling, or unable, to follow through on his promises of unity. He has made no effort either to end the war in Donbass by making the concessions required in the 2015 Minsk agreement, nor to stop the process of linguistic Ukrainization by repealing authoritarian legislation that restricts the use of the Russian language in education, the media, and public spaces.

Unsurprisingly, the popularity of both Zelensky and his Servant of the People party have plummeted in recent months.

At least one opinion poll now shows Medvedchuk’s OPZZh party to be the most popular in Ukraine. Unable to bring peace to his country and losing political ground to his rivals, it seems that Zelensky has decided to solve his problems by physically suppressing the opposition.

The specific charges against Medvedchuk and Kozak are somewhat odd. The accusation of treason relates to a phone conversation between the two men in which it is alleged that the former revealed classified information to the latter regarding Ukrainian troop positions. Since both men are members of the Ukrainian parliament, it’s difficult to see how this constitutes treason. The prosecutor maintains that Medvedchuk intended for Kozak to pass the information onto Russian intelligence, but no evidence to support the claims has been provided.

The charge of plundering national resources is believed to relate to the activities of a Ukrainian company, New Projects, which owned the rights to exploit a gas field in the waters off Crimea. Following what the Ukrainians call the Russian “occupation” of Crimea in 2014, New Projects re-registered as a Russian company so that it could continue operating and maintain the flow of energy. This, it is said, amounts to an illegal transfer of Ukrainian property to the Russians. Unfortunately, the exact connection of Medvedchuk and Kozak to New Projects isn’t clear – the prosecutor could say no more than that it believed that the two men are in some way linked to it through intermediaries.

In any case, the New Projects story, including an accusation that Medvedchuk wrote to Russian President Vladimir Putin on the company’s behalf, are nothing new. Ukrainian journalists splashed the charges as far back as 2018. At that time, authorities did not consider it worthy of criminal charges. If their verdict has changed, it’s likely because taking action has become more convenient. In other words, the charges against Medvedchuk and Kozak are political in nature.

There are various possible explanations. One is that Zelensky is trying to eliminate a political threat by extra-judicial means. Another is that the charges originate not with the president but with hardline nationalist elements within the Ukrainian security establishment, and show up Zelensky’s lack of control of his own state apparatus. Russian pundits also speculate that the actions against Medvedchuk and Kozak may be a response to American pressure, although there is no clear paper trail to support this as yet.

Whatever the reason, the fact that the Ukrainian state has chosen to charge leading opposition politicians with high treason indicates a disturbing move in an anti-democratic direction. The 2011 arrest of former Ukrainian prime minister Yulia Timoshenko was repeatedly cited in the West as evidence of the dictatorial inclinations of then-Ukrainian president Viktor Yanukovich, a close ally of Moscow. By contrast, nobody in authority in the West seems to be showing the slightest concern over the fate of Medvedchuk and Kozak, and continue to play along with Zelensky’s overtures to the US and EU.

This will only strengthen Russian suspicions that Western platitudes about liberty and democracy are devoid of meaning, and all that really concerns the West is that the the Ukrainian government be reliably anti-Russian.

Worse still, it is hard to see how the charges will help, rather than harm, the Ukrainian state. The violent overthrow of Viktor Yanukovich in February 2014 created a serious crisis of legitimacy in Ukraine. Part of the population accepted the results, but a significant part considered it an unconstitutional coup and thus regarded the post-Maidan regime as illegitimate. Many of the country’s problems, including the war in Donbass, derive from this crisis of legitimacy.

Resolving those issues requires the state to reassure and re-engage with disaffected elements of the population, especially in the breakaway regions of eastern Ukraine. If reunification is on the cards, citizens of Donetsk and Lugansk need to know Kiev is willing to listen to their concerns and respect their choices, which it has failed to do since 2014.

Arresting the leading elected representatives of those same people, on what many will consider to be trumped-up charges, can only have the effect of further alienating them from the national government, thus deepening the crisis of legitimacy. The charges against Medvedchuk and Kozak may suit Zelensky’s political purposes right now, but, in the long term, it is unlikely to leave a positive legacy.