Zelensky speaks with Biden and Johnson after Russia recognizes Donbass 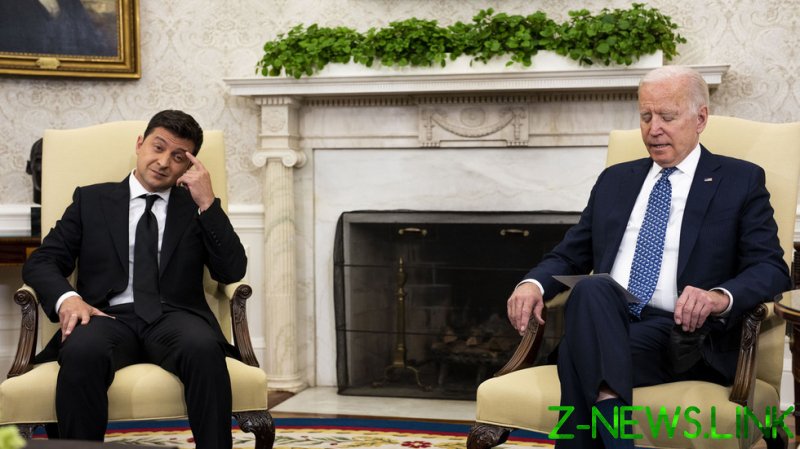 Moscow’s decision to recognize two breakaway republics in eastern Ukraine’s Donbass region has triggered emergency consultations between Kiev and its most powerful allies, as well as retaliatory measures.

Ukrainian President Volodymyr Zelensky said on Monday that he had discussed “the events of the last hours” with US President Joe Biden and was planning to chat with UK Prime Minister Boris Johnson after a meeting of Kiev’s National Security and Defense Council. The urgency of the situation was such that Johnson interrupted a press conference to say that he was leaving to talk to Zelensky “and offer him the support of the United Kingdom.”

The “commitments” mentioned in Psaki’s statement apparently referred to the Minsk agreements, which were supposed to bring an end to the war between Ukrainian government forces and separatist Donbass fighters. Russian President Vladimir Putin has repeatedly called out Kiev for failing to abide by the Minsk deal. Anatoly Antonov, Russia’s ambassador to Washington, said on Sunday that the situation in Ukraine would be stabilized if Zelensky’s government could be persuaded to meet its obligations under the ceasefire agreement.

Putin announced on Monday that Russia would immediately recognize the DPR and the LPR as sovereign nations, saying the decision was a direct result of Ukraine’s failures to abide by the Minsk protocol. “They are not interested in peaceful solutions – they want to start a Blitzkrieg,” he said. “Every day they are amassing troops in the Donbass.”

The developments follow an increase of shelling and artillery fire at the line of contact in eastern Ukraine. Both Kiev’s forces and the breakaway republics have been accusing each other of ceasefire violations and sabotage.

The US, the UK and other NATO members have been making predictions in recent weeks of an imminent Russian invasion of Ukraine. Moscow has denied their claims, saying repeatedly that it has no plans to attack its neighbor. Asked about an alleged massing of troops near Ukraine’s borders, Antonov insisted that Russia isn’t threatening anyone, but he criticized the notion that the US and its allies can decide how Russia deploys forces within its own territory.