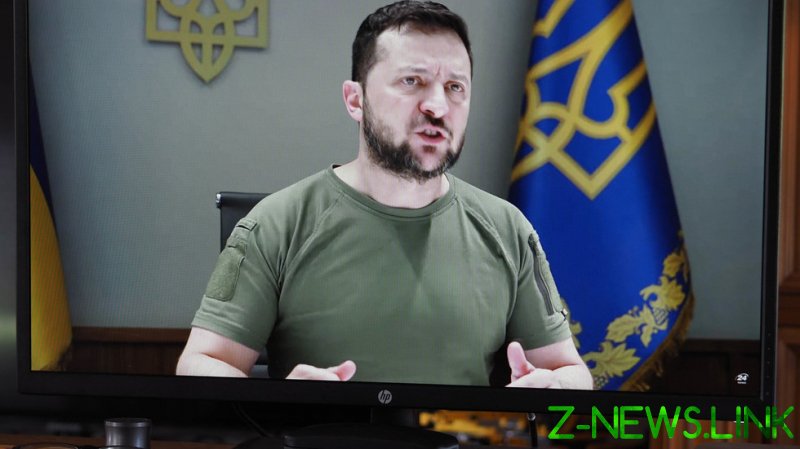 Ukrainian President Vladimir Zelensky has refused to negotiate a peace settlement as long as Vladimir Putin remains president of Russia, issuing a regime change demand via his official Telegram channel on Friday.

Claiming he had “always offered Russia coexistence on equal, honest, dignified and fair terms,” Zelensky blamed Russia for the failure of negotiations, insisting that it was “obvious this is impossible with this Russian president.”

“We are ready for a dialogue with Russia, but already with another president of Russia,” he wrote. Unlike the majority of his Telegram posts, this one was written only in Ukrainian, without an accompanying English translation.

Zelensky has repeatedly rejected overtures of peace from Moscow, most recently turning down Putin’s offer on Friday to resume negotiations. What made the offer a non-starter for Kiev is that Putin refused to relinquish the regions that voted this week to join Russia.

READ MORE: Putin calls on Ukraine to return to negotiations

“Only the path of strengthening Ukraine and expelling the occupiers from our entire territory will restore peace,” Zelensky declared in his address.

Zelensky also confirmed that Ukraine had submitted an accelerated application to join NATO on Friday, something he previously admitted was probably never going to happen. While the Western media described the move as “more symbolic than practical,” the Ukrainian president seemed quite serious, arguing that Sweden and Finland were able to apply on an accelerated basis even without a Membership Action Plan and it was thus only “fair” that Ukraine do the same.

Zelensky has previously acknowledged Ukraine might struggle to secure the consent of all 30 NATO member nations, pushing instead for the so-called Kiev Security Compact, which would oblige NATO’s core members to defend Ukraine “in case of aggression” while codifying the provision of bottomless military and financial aid as a stopgap measure.

Admitting Ukraine would draw NATO into immediate confrontation with Russia, under the Article 5 mutual defense provision. While the US is committed to the “open door” policy when it comes to NATO, now is the wrong time to consider Ukraine’s membership application, President Joe Biden’s national security adviser Jake Sullivan said on Friday. The move would also make peace with Moscow impossible, as Putin has made clear since before the special military operation began in February that Ukraine must remain a neutral country under any circumstances.