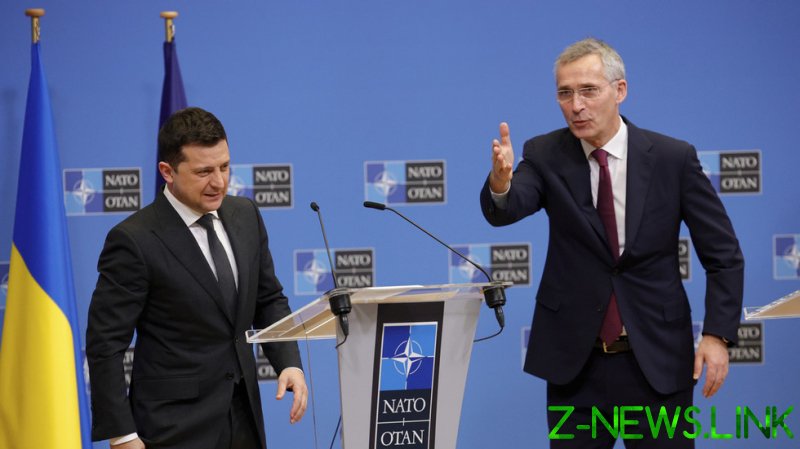 Ukraine’s President Volodymyr Zelensky revealed the true stance of the US-led NATO alliance on Kiev’s prospects of joining, in an interview with CNN on Sunday. While refusing in private to accept the country, the alliance has maintained a public illusion of a potential accession, he claimed.

The ongoing conflict with Russia could have been prevented if NATO accepted Ukraine in time, Zelensky has also said.

“If we were a NATO member, a war wouldn’t have started. I’d like to receive security guarantees for my country, for my people,” Zelensky told CNN, reiterating his calls on the US-led alliance to take his country in.

“If NATO members are ready to see us in the alliance, then do it immediately, because people are dying on a daily basis… If you want to see us in this dubious position where we don’t understand whether you can accept us or not – you cannot place us in this situation, you cannot force us to be in this limbo.”

While the alliance has publicly recognized Ukraine as its “special partner,” its stance in private has been quite different, Zelensky revealed.

I requested them personally to say directly that we are going to accept you into NATO in a year or two or five, just say it directly and clearly, or just say no. And the response was very clear, you’re not going to be a NATO member, but publicly, the doors will remain open.

Top Ukrainian officials, including Zelensky himself, have repeatedly reiterated the country’s NATO aspirations. The ambitions even got incorporated into Ukraine’s constitution in 2019 under then-President Petro Poroshenko. NATO itself appeared to have been welcoming towards such aspirations, formally recognizing them in the 2008 Bucharest Summit Declaration, when the bloc’s members agreed the country would eventually become a member.

The eastward expansion of the bloc, and Ukraine’s proclaimed resolve to join it in particular, have been among the top security concerns repeatedly voiced by Russia. NATO, however, has effectively rejected discussing these issues, maintaining that no third party, and especially not Moscow, should have any say regarding anyone’s aspiration to join the alliance.

Moscow attacked the neighboring state last month following a seven-year standoff over Ukraine’s failure to implement the terms of the Minsk ceasefire agreements, and Russia’s eventual recognition of the Donbass republics in Donetsk and Lugansk. The German- and French-brokered protocols were designed to regularize the status of the breakaway regions within the Ukrainian state.

Russia has now demanded that Ukraine officially declare itself a neutral country that will never join NATO. Kiev says the Russian offensive was completely unprovoked and has denied claims it had been planning to retake the two rebellious republics by force.