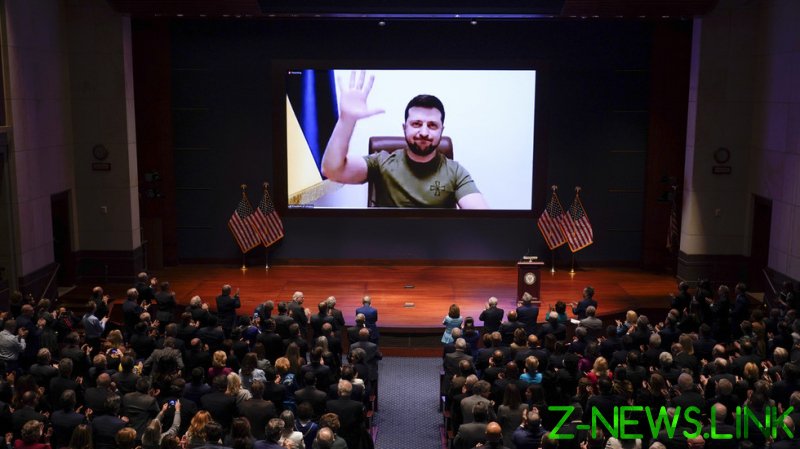 Ukrainian President Volodymyr Zelensky spoke before the US Congress via video link on Wednesday, renewing his push for the imposition of a no-fly zone over the country amid Russia’s military offensive.

Zelensky delivered an emotional address, invoking some disastrous incidents in US history, including the Pearl Harbor attack and 9/11. His calls for a no-fly zone idea, however, have been repeatedly rejected earlier over fears that such a move would lead to a direct conflict between Moscow and the US-led NATO.

The Ukrainian leader was introduced by House Speaker Nancy Pelosi (D-California), who said Congress has “great respect and admiration” for him. Pelosi concluded the introduction with “Glory to Ukraine!” a slogan commonly used by hardline Ukrainian nationalists, with Zelensky replying “Glory to heroes!”

“To create a no-fly zone over Ukraine, to save people, is this too much to ask? Humanitarian, no-fly zone – Something that Russia would not be able to [use to] terrorize our free cities,” Zelensky told Congress, urging lawmakers to supply Kiev with anti-aircraft weaponry should they be unable to impose a no-fly zone. 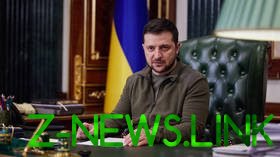 Ukraine is in dire need of these weapons, Zelensky said, while mentioning in particular Soviet-made S-300 missile systems. Though he did not elaborate on where they could be procured, the systems are still used by several Eastern European nations.

“If this is too much to ask, we offer an alternative. You know what kind of defense systems we need, as S-300 and similar other systems. You know how much depends on the battlefield, on the ability to use aircraft. Powerful, strong aviation to protect our people, our freedom, our land,” he said.

Zelensky then presented a graphic video purporting to show the death and destruction caused by the Russian military. He also addressed his US counterpart, Joe Biden directly, urging him to be a true “leader of peace.” 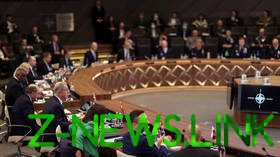 Zelensky’s speech to lawmakers in Washington echoes his address to the Canadian parliament on Tuesday, during which he urged Ottawa to establish a no-fly zone. He appealed directly to Prime Minister Justin Trudeau to use his “influence” to push through the controversial idea.

Moscow launched a large-scale offensive against the neighboring state in late February, following a seven-year standoff over Ukraine’s failure to implement the terms of the Minsk agreements, and Russia’s eventual recognition of the Donbass republics in Donetsk and Lugansk. The German- and French-brokered protocols were designed to regularize the status of the regions within the Ukrainian state.

Russia has now demanded that Ukraine officially declare itself a neutral country that will never join NATO. Kiev insists the Russian offensive was completely unprovoked and has denied claims it was planning to conquer the two republics.