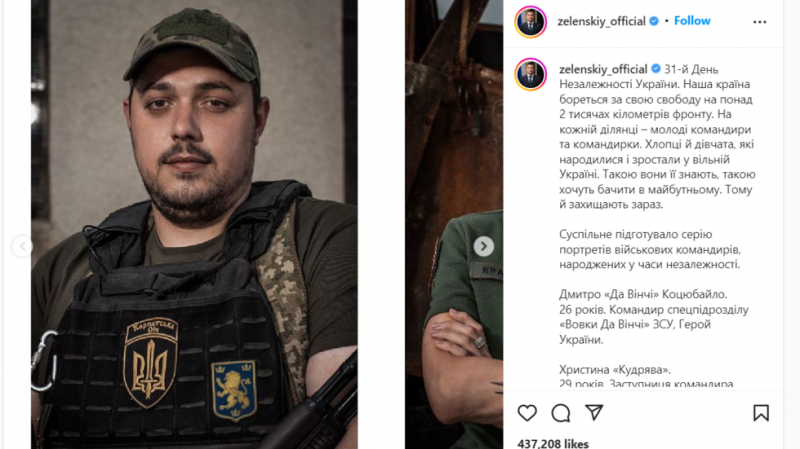 Ukrainian President Vladimir Zelensky posted a picture of a soldier wearing the insignia of a notorious Nazi SS division to his official Instagram account on Wednesday. The post, part of a series celebrating Ukraine’s Independence Day, was not the first piece of Nazi iconography shared by Zelensky.

Zelensky posted the image on Instagram early on Wednesday. In it, a Ukrainian soldier carrying a rifle displays the standard of the 14th Waffen Grenadier Division of the SS, also known as the 1st Galician division.

Comprising predominantly Ukrainian volunteers from the Galicia region (which spans what is now southwestern Poland and western Ukraine), the division is known for committing war crimes against Polish civilians during the course of World War II.

The Ukrainian soldier, identified by Zelensky as ‘Mikhail’, also wears the patch of the 49th Rifle Battalion of the Armed Forces of Ukraine, which is named after the nationalist ‘Carpathian Sich’ militia of the 1930s. Most of the Carpathian Sich’s members were also members of the Organization of Ukrainian Nationalists, led by Nazi collaborator and war criminal Stepan Bandera.

Bandera is considered a hero by Ukrainian nationalists, and openly celebrated by top Ukrainian officials.

Zelensky’s post also includes a picture of Sergey Volynsky, also known as Volyna, who commanded a marine unit attached to the Azov regiment in Mariupol earlier this summer. The Azov regiment, a neo-Nazi militia folded into the Ukrainian military in 2014, was destroyed after a proctracted siege at the Azovstal steel plant in the coastal city and its members either killed or captured. Volynsky is currently in custody. 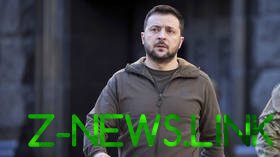 Zelensky has posted images of his soldiers wearing Third Reich insignia before. In a post across multiple social media platforms celebrating the defeat of Nazi Germany in 1945, the Ukrainian president included a picture of one of his troops wearing the ‘death’s head’, or ‘totenkopf’, insignia of the 3rd SS Panzer Division. This division was heavily staffed by former concentration camp guards and was responsible for numerous massacres of French civilians and Polish Jews.

Ukraine is the only country in the world that has integrated openly neo-Nazi militias into its national military, and while these militias were once described by Western media outlets as “neo-Nazi,” they are now referred to as “far-right groups.” Since Russian troops entered Ukraine in February, stashes of Nazi paraphernalia have been found in the houses and bases of these militia members, and social media accounts run by the Ukrainian government have also posted images of soldiers wearing Nazi and far-right symbols.