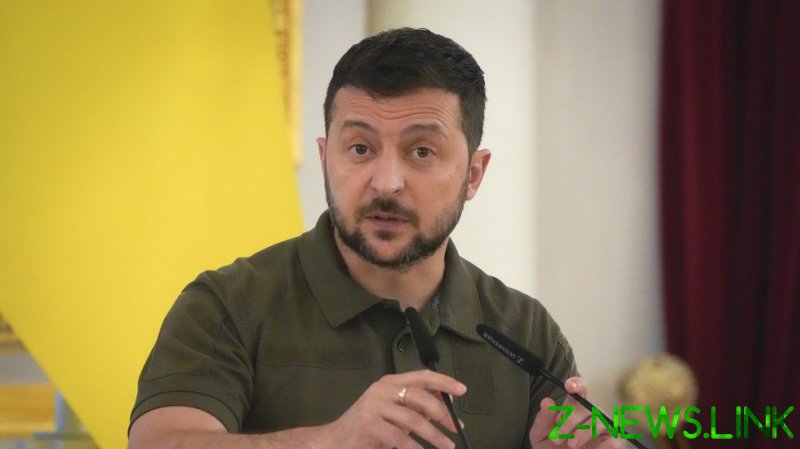 Ukrainian President Vladimir Zelensky has told British broadcaster Piers Morgan that inflation and coronavirus are “nothing” compared to Ukraine’s struggle, and Americans should support aid for Kiev “until we win.”

As the US grapples with a 40-year-high inflation rate and record gas prices, multiple polls name these economic concerns as more pressing among Americans than the conflict in Ukraine. Furthermore, nearly five times as many people in the US blame President Joe Biden’s policies for their misfortune as Russian President Vladimir Putin, regardless of the Biden administration’s efforts to brand the soaring cost of living as “Putin’s price hike.”

Speaking to Morgan in a recently-taped TV interview, Zelensky reminded Americans fed up with the flow of aid to Ukraine – more than $56 billion since February – that both countries are “fighting for absolutely communal values.”

“The war in Ukraine is still the war against those values that are professed in the United States and in Europe,” he told Morgan, according to a writeup in the New York Post. “We are giving our lives for your values and the joint security of the world.” 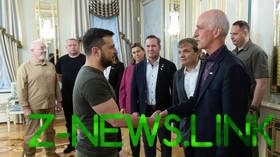 “Therefore, inflation is nothing, Covid is nothing,” he continued. “These things are secondary. The most important thing is to survive and preserve your life, your family, and your country. Therefore, at the moment we are doing this job, but the West has to help us.”

Kiev has said that it needs up to $65 billion in foreign aid this year just to stay afloat, while Zelensky’s advisers have requested increasingly massive arms donations from the West. Earlier this month, Ukrainian Defense Minister Alexey Reznikov said that Ukraine’s military needs at least 100 US-made HIMARS rocket artillery systems – around a third of the US’ entire stockpile – to conduct an “effective counteroffensive” against Russian forces.

Zelensky told Morgan that he expects unlimited support from the West, declaring that “the help will not be sufficient until the war is over, and until we win.”

While a majority of Republican lawmakers voted with their Democratic colleagues in May to allocate $43 billion in military and economic aid to Ukraine, there are signs that conservatives are growing tired of underwriting Zelensky’s military. Former President Donald Trump has accused Biden of walking the US into “World War Three,” while conservative pundit Tucker Carlson has condemned his administration for propping up a “corrupt” and “tyrannical” US “client state.”

Despite the misgivings of the American right, the US will likely continue to bankroll Ukraine’s military. Together with G7 leaders, Biden pledged last month to keep the money and weapons flowing “for as long as it takes,” while National Security Advisor Jake Sullivan declared last week that no matter how low public support falls at home, there is a “reservoir” of “deep and sustainable support” in the White House and Congress to “to re-up those resources should it become necessary.”