Zelensky have voiced the position for the elections in Donbass

Razumkov noted that while imperfect, the Minsk process is acceptable.

The speaker of the election headquarters of presidential candidate Vladimir Zelensky Dmitry Razumkov declares to hold democratic election process on uncontrollable Kiev territories of Donbass at the moment is impossible.

He said this speaking at the third forum of Ukrainian liberals “People Valev” on Saturday in Kiev.

“As for the war in Eastern Ukraine and Minsk agreements, indeed, “Minsk” is not perfect, it has lot of issues, and for many months the issue has stalled, but unfortunately, no one can offer another alternative. The Minsk process is tied all these sanctions, which today apply to the Russian Federation, and to change this whole process will be very difficult,” he said.

“Another issue is that Russia, as usual, is flipped on its head and go in reverse order – the first after the election. It can be called whatever you like, but to hold the democratic process in the occupied territories – it is simply impossible”, – said the speaker staff Zelensky.

Therefore, according to him, the only solution to the conflict in the Donbas are joint actions of Ukraine and international partners, first and foremost through diplomatic channels.

See also:  Poltorak voiced the main version of explosions in a warehouse in Balakleya

Razumkov also said that the return of the occupied territories of Donbass and Crimea should occur only on a conditions in Ukraine.

As for the European and Euro-Atlantic integration of Ukraine, the representative of the headquarters Zelensky, “the country’s civilizational choice was made a long time ago.”

“It (the choice) was confirmed in 2014, the death of people on Maidan during the revolution of Dignity, it is confirmed by the fact that the Ukrainian army is defending our sovereignty in the East, but it’s still a hard road that lies ahead,” said Razumkov.

“If we are talking about integration into the Alliance – yeah, it’s really important and, unfortunately or fortunately, the other alternative to moving in this direction is not” – he added.

However, Razumkov urged politicians not to speculate on this matter.

Razumkov also said about necessity of carrying out of audit of the National Bank of Ukraine on the basis of which can be taken personnel decisions.

He recalled that the candidacy for the post of head of the NBU submitted by the President.

See also:  Poroshenko talked on the phone with Tusk

“So I think the President has the right to evaluate the actions, including today’s leaders of this structure, and then on this basis to make personnel decisions”, – he added.

On the question of whether Zelensky, if elected President, to protect the public PrivatBank in the judicial process with its former owner – businessman Igor Kolomoisky, which requires a court to give him back $ 2 billion, Bank capital, Razumkov said that the President “protect the banks, probably not worth it, regardless of your Bank or nearby”.

With regard to land reform and the launch of the market of agricultural land, according to the speaker of the headquarters Zelensky, “it’s a paradox because people cannot dispose of their property” so that “to open this market definitely needs”, but after the preparation of the relevant legislation.

“Our position – developed legal framework that protects the interests of owners and investors… I think six months is it can be done,” he said.

Speaking about large-scale privatization of state-owned enterprises, the speaker of staff Zelensky said that the privatization should be carried out, but strategic assets must remain in state ownership. 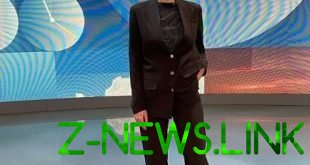 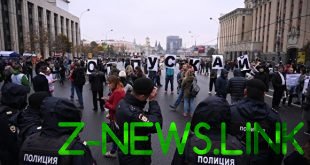