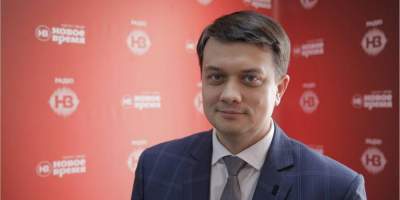 Razumkov believes that such a Council decision harms the image of Ukraine.

“Part of people’s deputies decided to go in any way, but would not support the proposals of the President of the country and those citizens of Ukraine who supported him in the election,” he said.

See also:  Tillerson: I have not Yet decided about the trump meeting with Putin

Razumkov added that the Parliament also created a huge discomfort to the residents of Kiev appointing the inauguration is not a day off, and on the first day of the working week.

He stressed that the international politicians would be much easier to adapt to the day and adjust their schedules.

Advisor Zelensky expressed the opinion that this decision of the people’s deputies harms the image of Ukraine.

See also:  Doctors told about the difference of frozen and fresh fruit

Earlier it was reported that the deputies set the date for the inauguration Zelensky on Monday, may 20.

Himself Zelensky asked Parliament to appoint the inauguration on may 19.