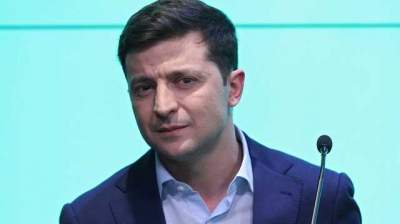 The newly elected President expressed condolences to the relatives of the victims and mentioned Ukrainian prisoners.

President-elect Vladimir Zelensky expressed his condolences in connection with death of passengers of Sukhoi Superjet 100 aircraft of Aeroflot at Sheremetyevo airport, and also recalled the Ukrainians, who are in captivity of the Russian Federation. About this he wrote in his Facebook.

“The dead do not return. We sympathize with the family and remember those who were lost. And we think every day about our prisoners. They are alive. And there are those, in whose power to return them to their families…”, – he wrote.

5 may at 18:30 in Moscow’s Sheremetyevo airport was a disaster: the aircraft of the Aeroflot Sukhoi Superjet 100, which was heading to Murmansk, made an emergency landing and caught fire. Burned 41 of 78 total on Board.

The investigation is considering several versions: a) lack of qualified pilots, controllers and persons who conducted the inspection Board, b) the fault plane and b) adverse weather conditions.