Home / economy / Zelensky discussed cooperation between Ukraine and the EU

Zelensky discussed cooperation between Ukraine and the EU 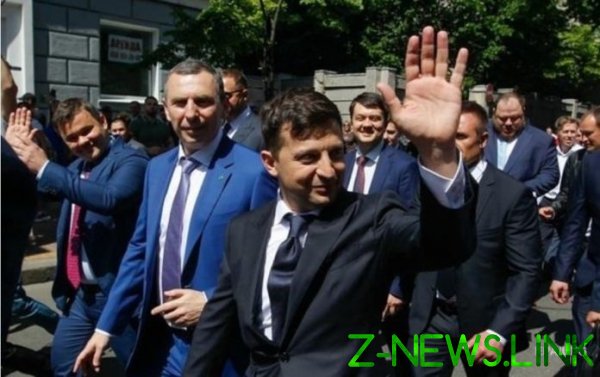 During the meeting it was to hold the next round of trilateral negotiations in the format Ukraine — EU — Russia.

The President of Ukraine Vladimir Zelensky met with the Vice-President of the European Commission on Energy Union maroš Šefčovič, to discuss, in particular, countering the Kremlin’s aggression in the Donbas and the prospects of de-occupation of Crimea.

Also during the meeting, they talked about holding the next round of trilateral negotiations in the format Ukraine — EU — Russia preparatory to the conclusion of the gas contract.

Zelensky said that he expects support of the European Commission in the framework of the negotiation process between Ukraine, EU and Russia to conclude a contract on the transit of Russian natural gas through pipelines in Ukraine after 2019.

“We also are grateful for the joint position of the EU in the issue of countering the construction of the pipeline “Nord stream-2”, — he stressed.

The President also noted the importance of strengthening sanctions against the aggressor country — Russia.

“I hope that the sanctions pressure from the EU will continue. For us it is very important. It is vital for Ukraine and those of the people we’re losing in the Donbass”, — said the head of state.

For its part the Vice-President of the European Commission on Energy Union congratulated Vladimir Zelensky with the appointment and noted that the EU highly values the continuation of the European policy of Ukraine.