Home / policy / Zelensky did not intend to establish contacts with Russia

Zelensky did not intend to establish contacts with Russia 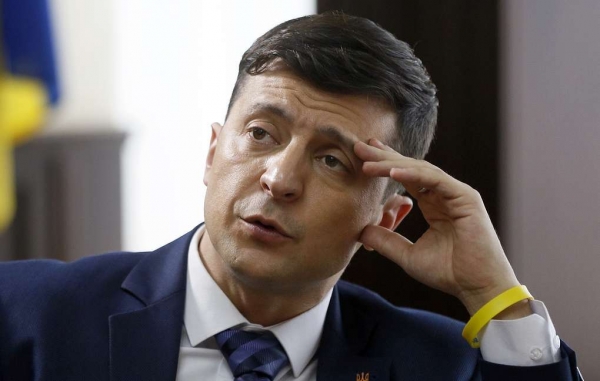 Vladimir Zelensky has just started his political career, and already can boast of success in this field. For example, the President of Ukraine learnt how to professionally change their minds. Especially against Russia. Changes of decisions of the head of Ukraine occur daily. What is the reason for such fluctuations – it is difficult to say. It seems that Zelensky trying to sit on two chairs at the same time, to please and our, and your.

On the one hand, the head of Ukraine is interested in peaceful settlement of the conflict in the Donbass, because it asked the citizens of his country. On the other hand, in the same decision, the radicals accuse him of betrayal and admiration for Russia. The position Zelensky really unenviable. However, this does not give him the right every day to change their decisions depending on the mood. Such behavior Zelensky shows only his political inconstancy. Is it possible to rely on the person that you have chosen the right course of development? Zelensky like tossing from side to side, and he could not “find” the right tactics. It is understandable: it is very difficult, being a professional comedian, at once become serious and take control of the whole country. But now the joke’s over: on the shoulders of the leader of Ukraine is responsible before its own people.

Yet this burden Zelensky not. He tries to get rid of this responsibility and shift it onto the shoulders of the people. Not long ago, the leader of Ukraine said that the talks with Russia will be put to a referendum. Like, vote, dear compatriots, you have it or not.

Today the President of Ukraine spoke at the innovation forum in Kyiv. At this event Zelensky has publicly declared that negotiations with Russia will not be.

The same variability is present in the leader of Ukraine in the issue of the conflict in the Donbass. He said that he was going to peacefully resolve the issue, he says that the war will continue, come what may.

No wonder that today in Ukraine published a petition for the resignation Zelensky. It remains to be seen what will the “political chatter” new leader of Ukraine.