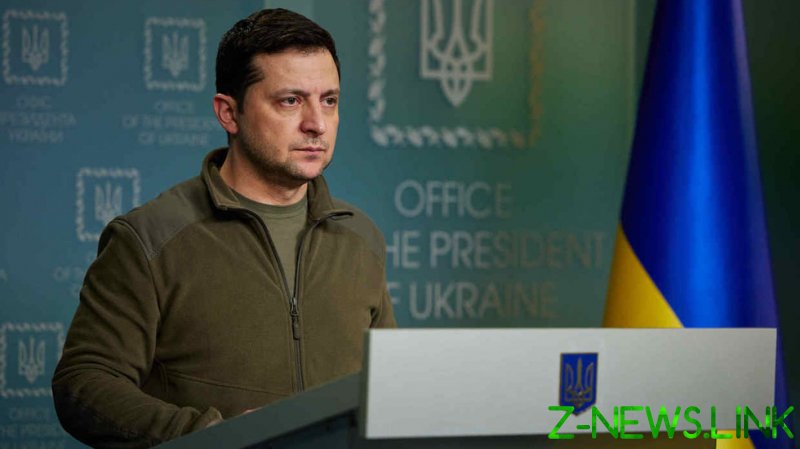 A shopping center in the central Ukrainian city of Kremenchug caught fire after what the government said was a Russian missile strike on Monday. Ukrainian President Volodymyr Zelensky said “over a thousand civilians” were inside the mall. The regional governor later reported 10 people were killed and around 40 were injured. Russia denies targeting civilians in its offensive in Ukraine.

“The occupiers fired rockets at the mall, where there were more than a thousand civilians,” Zelensky announced on Monday afternoon. “The mall is on fire, rescuers are fighting the fire, the number of victims is impossible to imagine.”

He said the shopping center posed “no danger” and had “no strategic value” to the Russian military.

Preliminary reports from Ukrainian emergency services said two people were killed and at least 20 injured at the Amstor shopping center in Kremenchug in Poltava Region, after a blaze broke out “as a result of rocket fire” in the afternoon. Twenty vehicles and over 115 firefighters have been deployed to contain the blaze.

Poltava regional governor Dmitry Lunin later said that there were 10 dead and more than 40 wounded.

Videos from the scene showed dozens of men – many in military uniforms – running in the mostly empty parking lot outside the burning building, as black smoke rose into the sky.

The Russian military has not commented on this particular incident so far. Multiple social media users have pointed out, however, that a factory for production and repair of heavy machinery – Kredmash – was located right on the other side of the shopping center. Also nearby was a railway junction, often a target of Russian missile strikes.

Moscow has maintained that the Russian military takes great pains to avoid civilian casualties and targets only the military and logistics assets of the Kiev government with high-precision weapons. 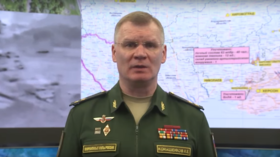 On Sunday, the Ukrainian government claimed that a Russian missile had struck a residential building in Kiev, killing one person and injuring four. The military in Kiev also said it had shot down two out of the six incoming Russian missiles.

According to the Russian Defense Ministry, however, four precision missiles were aimed at the Artyom rocket plant in Kiev, which produced ammunition for Ukrainian artillery. No civilian infrastructure was damaged in the process.

Two Ukrainian S-300 air defense missiles that went up to intercept the Russian rockets were shot down by friendly fire from Ukrainian Buk 1M systems. The debris of one of them struck the residential building and caused the civilian casualties, said Russian Defense Ministry spokesman General Igor Konashenkov.