Zelensky can offer Russia sanctions relief for peace, US says 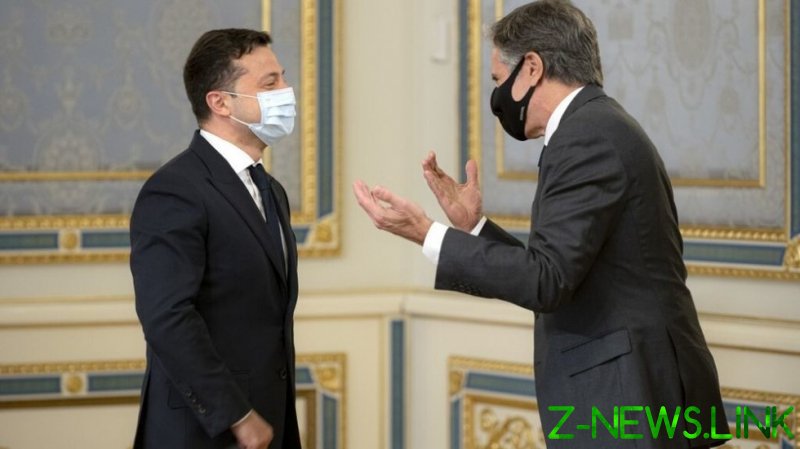 Ukrainian President Volodymyr Zelensky got a green light from Washington to offer Russia relief from international sanctions in exchange for ending its military offensive against the former Soviet republic.

US Secretary of State Antony Blinken opened the door to such an offer on Sunday, confirming in an NBC News interview that Zelensky has the ability to negotiate sanctions relief for peace. He said President Joe Biden’s administration will support whatever the Ukrainian people want to do to bring the war to an end.

“We’ll be looking to see what Ukraine is doing and what it wants to do,” Blinken said. “And if it concludes that it can bring this war to an end, stop the death and destruction and continue to assert its independence and its sovereignty – and ultimately that requires the lifting of sanctions – of course, we will allow that.”

The US and its allies are doing everything possible to strengthen Kiev’s hand at the negotiating table, but the sanctions are meant to influence Russia’s behavior – not to remain in place indefinitely, Blinken said. He brushed aside suggestions by NBC host Chuck Todd that now isn’t the time to negotiate away concessions to Russia, saying it’s up to Ukrainians how to end the war in Ukraine. He also rejected Todd’s assertion that the Russian president shouldn’t be allowed to remain in power, saying Vladimir Putin’s future is up to the Russian people.

Although Blinken argued that Putin has failed to accomplish his alleged objectives in Ukraine – subjugating Kiev, demonstrating Russia’s military prowess and dividing NATO members – he said it still makes sense to pursue a negotiated settlement. “Even though he’s been set back, even though I believe this is already a strategic defeat for Vladimir Putin, the death and destruction that he’s wreaking every single day in Ukraine . . . are terrible, and so there’s also a strong interest in bringing those to an end.”

Other leaders have suggested that the West should be stingy with promises of sanctions relief to avoid rewarding Russia or letting Putin come through the crisis unscathed. In fact, Biden raised eyebrows last weekend by saying that Putin “cannot remain in power,” a comment that Blinken was forced to walk back, saying the US isn’t pursuing regime change in Russia or anywhere else.

Later in his show, Todd asked former Secretary of State Hillary Clinton, “Can we really live in a world where Putin’s let back into the new world order?” Clinton agreed with Blinken, saying the US should support Ukrainians as they choose “the best way forward” for their country.