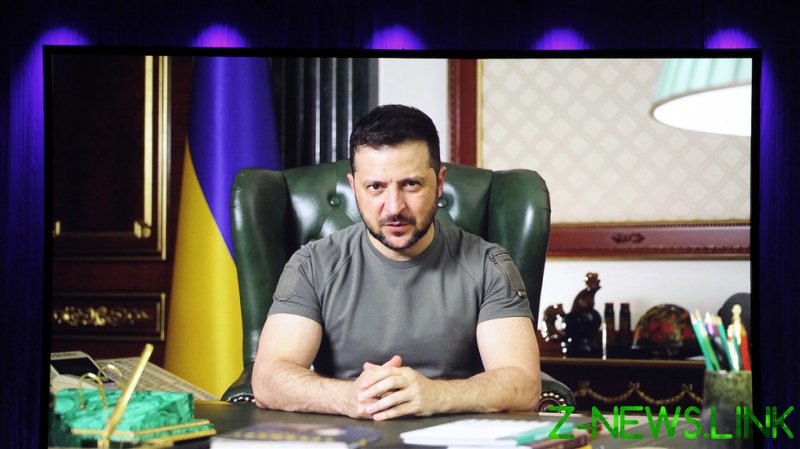 The world should make it clear to Russia that it would have to face immediate military response if it decides to use nuclear arms against Kiev, Ukrainian President Vladimir Zelensky told CBC and CTV broadcasters in an interview this week. The Ukrainian leader accused Russia of using “terrorist” blackmail tactics and said that Moscow only understands the language of force.

Zelensky accused Moscow of repeatedly threatening to strike “decision-making centers” in Ukraine, including with nuclear arms and said that the world should respond if such a strike does take place. “It does not matter if Ukraine is a NATO member or a non-NATO nation,” he said, adding that no one should be allowed to “blackmail [other nations] like a terrorist.”

According to the Ukrainian president, the world should tell the Russians: “If you strike Bankova Street [the Ukrainian President’s Office], there will be a strike at where you are.”

If Moscow does strike Kiev, there should be “a strike at the decision-making centers” in Russia the next “second,” regardless of the results of the Russian attack, he added. Such a stance would be, in turn, not a blackmail but a kind of self-defense that would supposedly prevent those issuing a threat from following through on their plans, Zelensky argued.

“One can talk about humanism for a long time,” the Ukrainian president told journalists, adding that his nation lives in a situation, where it has a “neighbor that does not understand anything but force.”

The Ukrainian president also squarely blamed all Russians for what happens in Ukraine. “The society of the Russian Federation must know that they attack our [Ukrainian] society,” he said, adding that the Russians “support a terrorist authority.” If the Russians “do not exert pressure” on President Vladimir Putin, “the world will isolate itself from you,” Zelensky warned, adding that nobody would talk to Russia since it only speaks “the language of threats.” The Ukrainian president also said that the world must itself decide who to talk to in Russia since “they are terrorists now. All of them.”

It is not the first time the Ukrainian leader makes such appeals. Earlier, he already called on NATO to carry out preventive strikes on Russia to deter the use of nuclear weapons. At that time, his words sparked an angry reaction from Moscow that accused Zelensky of trying to spark a third world war. Zelensky later walked back his remarks, claiming that he actually meant “preventative kicks” and blaming the ‘misunderstanding’ on the translation.

The Ukrainian president then walked back his statement, claiming it was mistranslated and that he really meant to say preemptive sanctions, not “preemptive strikes.”

Back in September, Putin said that Russia would defend its territory using all means available and would do “everything to ensure the security of its people.” At the same time, he also said that Moscow was ready for talks with Kiev and called on Ukraine to “to cease all hostilities” and return to the negotiating table.

He made his remarks at a ceremony for the signing of treaties on the inclusion of the Lugansk and Donetsk People’s Republics (LPR and DPR), as well as the regions of Kherson and Zaporozhye, which declared independence from Ukraine, into Russia. Moscow then said that the status of the four regions, which formally joined Russia a week later, is not to be negotiated as part of any potential talks with Ukraine.