Zelensky calls on Germany to ‘tear down the wall’ in Europe 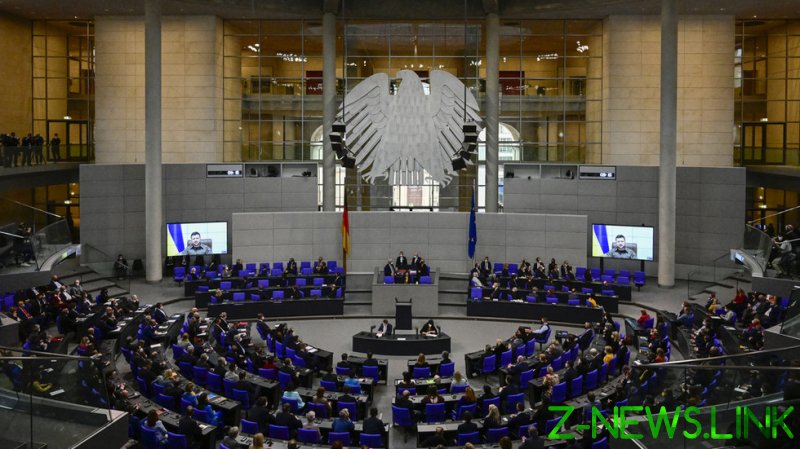 Ukrainian president Volodymyr Zelensky addressed German authorities at Bundestag on Thursday morning, calling on the Chancellor to help destroy a new “wall” Russia was building in Europe by its offensive on Ukraine.

The speech came the day after his speech before the US Congress on Wednesday night.

“It’s not a Berlin Wall — it is a wall in central Europe between freedom and bondage and this wall is growing bigger with every bomb dropped on Ukrainian territory,” Zelensky told the lawmakers in a video address. 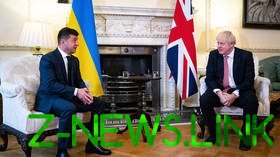 The Ukrainian president claimed his cities have been hit by air strikes and that sanctions on Russia were “too few” to stop the offensive, asking Germany for more military support. He reiterated his request to establish a no-fly zone over Ukraine, repeatedly rejected by Western leaders due to fears of escalation of conflict with Russia.

Volodymyr Zelensky also made explicit reference to the Holocaust, evoking the famous slogan.

“Every year politicians say: ‘never again.’ Now I see that these words are worthless. A whole nation is being exterminated in Europe,” he stated.

In his speech, Zelensky reproached Germany for putting its economy before other countries’ security prior to the Russian attack, criticizing the many ties German enterprises had with Russia, indirectly sponsoring the upcoming hostilities.  He also accused the German government of supporting the Nord Stream 2 pipeline project, which was meant to transfer Russian natural gas to Europe, as Ukraine was among the countries opposing the project and insisting it could be a menace European security.

Moscow attacked its neighbor in late February, following a seven-year standoff over Ukraine’s failure to implement the terms of the Minsk agreements, and Russia’s eventual recognition of the Donbass republics in Donetsk and Lugansk.

Russia has demanded that Ukraine officially declare itself a neutral country that will never join the US-led NATO military bloc. Kiev insists the Russian offensive was completely unprovoked and has denied claims it was planning to retake the two republics by force.