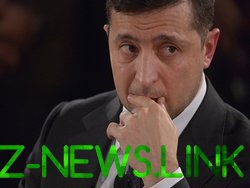 The head of state is a powerful charge of strength and faith in the fact that the Ukrainians “all must succeed”.

President Vladimir Zelensky congratulated the city of Kramatorsk and Slavyansk on the sixth anniversary of the liberation from illegal armed groups and promised that Ukraine will regain all their territory. About it reports a press-service of the head of state in a Sunday, July 5.

“Today we have a double celebration. After all, in addition to the Day of the Navy, we are celebrating the sixth anniversary of the liberation of Slavyansk and Kramatorsk. Six years ago the entire country, we helped our army and with alarm in heart and prayer in the shower waited for news from the East. I bow to everyone who returned the Slavyansk and Kramatorsk in Ukraine”, – said the head of state during participation in the celebrations for the Day of naval forces of Ukraine in Odessa.

Zelensky said that he has a powerful charge of strength and faith that “everything will work out”.

“We return all of our people. Will return all our territories. Return faith in truth and justice. We will return to a peaceful, United and indivisible, mighty and invincible Ukraine”, – concluded the President.

Earlier it was reported that Zelensky called sailors “superheroes”. He promised that the Navy will sample power of modernity and the real pride of Ukraine.