Zakharchenko said about the alleged creation of the “DNR” powerful weapons 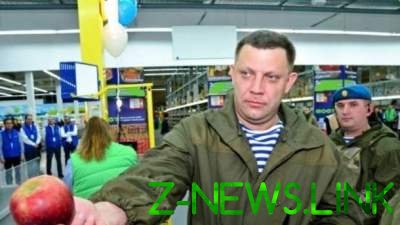 Earlier, the leader of the militants “DNR” disgraced due to the fact that he did not know what it means ARDLE.

The leader of “DNR” Alexander Zakharchenko claims that pseudorepublic supposedly created a weapon that is able to quickly eliminate the enemy.

“During the conflict in the Donetsk defense industry has developed and manufactured the weapons that allow you to destroy the enemy at high speed. The onset of the APU will be over before it has begun”, – said Zakharchenko.

By the way, earlier it was reported how the leader of the militants “DNR” Alexander Zakharchenko disgraced due to the fact that he did not know what it means ORDO (some regions of Donetsk and Lugansk regions). The leader of the terrorists, believes that the name is wrong.