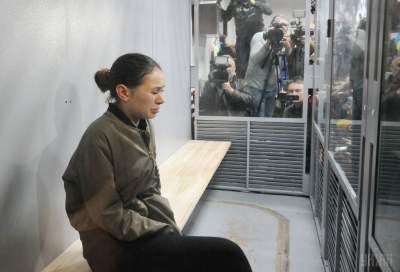 In Kharkiv suspected of committing a traffic accident on the street Sumy 20-year-old Elena Zaitseva detained in a cell with nine other women.

This was reported in the North-East interregional Directorate for enforcement of criminal sanctions and probation.

According to the Department, Zaitseva contained in the state establishment “Kharkov Agency of execution of punishments (no. 27)” from October 20, on the basis of the decision of the Kiev district court of Kharkov.

See also:  Zaitsev was brought to the place of death of six people. Video

“Zaitseva is enclosed in the chamber, which include women, which has not previously been convicted, and the sentence in respect of which it has not entered into force. Currently, the camera contains 10 women. The camera is equipped with Central heating, water supply, drainage, necessary furniture. In the camera a separate bathroom, a TV,” reads the message.

We will remind, on October 18 in the center of Kharkov near the intersection of Sumskaya str and Mechnikova str Lexus collided with a car Volkswagen Touareg. As a result of collision the Lexus drove onto the sidewalk, where he hit pedestrians, five of whom died on the spot, six others were injured and taken to hospital.

On 20 October the court two months arrested the 20-year-old Elena Zaitseva, who ran the Lexus. According to investigators, the materials produced sufficient evidence that the actions of the girls led to the accident.