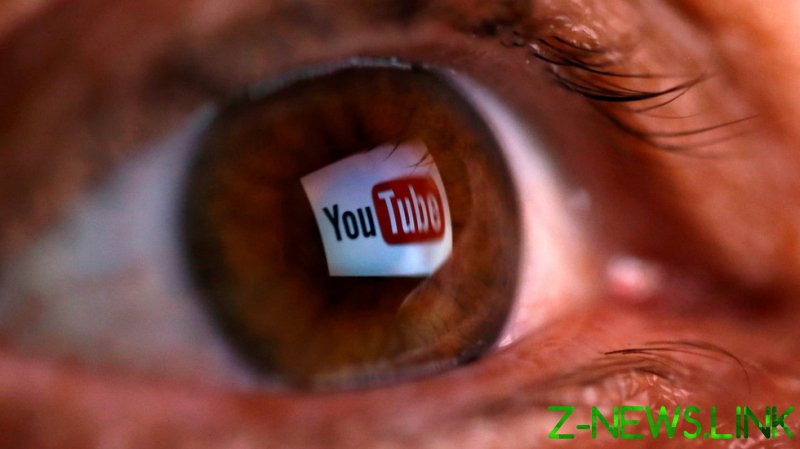 Although it certainly stung many fragile egos, one of the functions that made YouTube so attractive is that it trusted average Joes to play emperor in the coliseum of ideas. After watching a particular video, users are empowered to activate the ‘off with its head’ sign of ultimate rejection. Or it can vote in favor of the work, thereby encouraging more such quality productions.

The process may sound a bit brutal and tear-inducing, but it’s far better than losing 10 minutes of your precious life waiting for something to happen that never quite does. But in these woke times, feelings and emotions are everything and should be treated like snowflakes in the wake of a flamethrower. At least that is the excuse YouTube would have us believe.

In one of those vague and vapid corporate bulletins that never provides concrete evidence to support its claims (you know, because ‘we are a privately owned outfit, and if you don’t like it you can shop elsewhere’), YouTube said it is conducting a “small experiment” launched “in response to creator feedback around well-being and targeted dislike campaigns.” I’m guessing Dr. Frankenstein muttered something equally unintelligible before heading into his laboratory. Anyways, to add insult to injury, YouTube made its announcement over Twitter, which doesn’t allow users to express their immediate ‘thumbs down’ dissatisfaction which, judging by the heated comments that followed would have far outpaced the number of thumbs up.

Political observers, cruel cynics that they are, were quick to suggest that YouTube was doing Joe Biden’s PR team a huge personal favor by disabling the big mean thumb, which has seen a lot of action ever since the doddering Democrat entered the Oval Office just weeks ago. Indeed, although the record keepers would have us believe that Biden received more votes than any other presidential candidate in US history, his YouTube performance has never lived up to that astonishing claim; not a single White House video featuring the US leader has received more up-votes than down. Why, such a disparity between fact and fiction could have the effect of attracting those knuckle-dragging white supremacists back to Washington, in a restaging of the insurrection of January 6 at the Capitol building.

So, by deliberately killing free speech in order to preserve it, it could be argued that YouTube is doing American democracy a unique service. Or, on the other hand, it could be argued that YouTube is a politically biased beast of burden, which protects Democrats come hell or high water or Kamala Harris and should be sent to pasture like Ma Bell and other dangerous monopolies. Whatever the case may be, there are some other reasons – and probably ones more important than protecting the image of dear leader – that YouTube’s actions do not bode well for the future of America. I know that may seem like excessive talk over just a thumb, but please hear me out.

YouTube’s thumbs down option gives the silent majority of Americans, that endangered political species known as conservatives, the ability to express its dissatisfaction without losing its reputation, its job, or even, in extreme cases, its very life.

Take, for example, the Gillette company’s nosedive into the shallow end of the woke pool with the release of its short film, entitled ‘We Believe: The Best Men Can Be.’ No longer remotely interested in selling razor blades, Gillette took to lecturing males, its target consumer base, with a nauseatingly preachy infomercial that pontificated on the pitfalls of “toxic masculinity.” In short, males are a bunch of bullying, sexist misanthropes, who, when not flipping hamburgers on their outdoor grills, are standing around watching the youth kick the crap out of each other. Not a single razor blade ever made so much as an appearance. The reaction to the film was overwhelmingly bad, even with YouTube’s presumed ability to monkey with the algorithms. While some 825,000 people gave the video a thumbs up, double that number awarded it thumbs-down status.

The very same negative reaction welcomed Coca Cola’s effort to hawk not a cool, refreshing bottle of Sprite, but transgender ideology to a young audience. While it is nobody’s place to tell anyone how to live their lives, is it a soda pop company’s place to promote an alternative lifestyle during primetime when impressionable children may be watching? Once again, the mighty thumb told the story, as an overwhelming number of viewers disagreed with the video for one reason or another.

Now, in the event that YouTube considers its “small experiment” against disliking videos a ‘success’ – which seems very likely, all things considered – then the next time another corporation jumps on the woke bandwagon, lecturing consumers about the latest liberal experiment, the captive audience will have little recourse for expressing their aversion, especially if comments on the video are also blocked.

So, do the right thing, YouTube, and let the audience play emperor. It may actually save the empire.