Home / WORLD / YouTube is out of order banning channels like RT in Germany, as it’s got a legal pass in exchange for promising free speech

YouTube is out of order banning channels like RT in Germany, as it’s got a legal pass in exchange for promising free speech 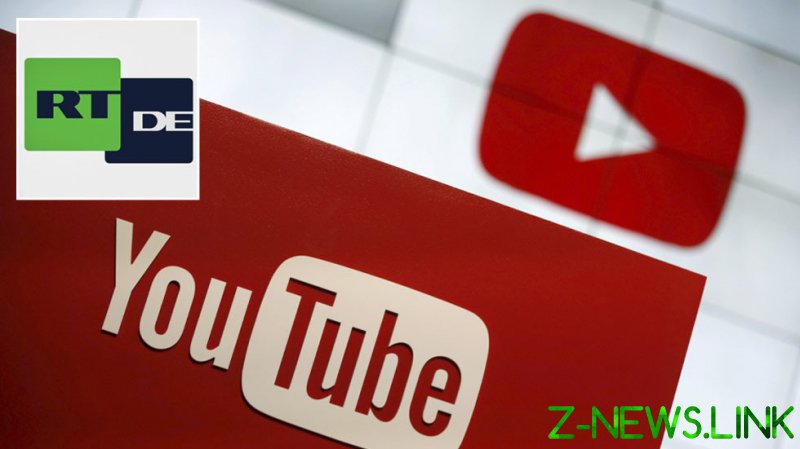 It must be a wonderful feeling to sit among the tech giant royalty high above the little people in Mountain View, California, making arbitrary, far-reaching decisions to punish anyone who doesn’t see the world the way you do. We’re all mere playthings at their mercy.

Flick a switch here, click a button there, and you can punish any of the two billion active monthly users of YouTube, letting them know that you are not amused. Oh, the power, the power, the POWER!

The thing is, as Vivek Ramaswamy pointed out in his excellent book ‘Woke Inc’, published just a few months back, the giant tech corporations like Google, which owns YouTube, and like Facebook or Twitter, who take it upon themselves to deny people freedom of expression, are breaking that business covenant that lets them stream and host on their platforms in the first place.

It is an operational agreement in the States, and more or less the case everywhere else around the world – although this is slowly changing – that the social media platforms are not publishers in the traditional sense of the word, and therefore not culpable for material published or streamed on their platforms. All those nasty videos on YouTube? Not their fault. Venomous, evil trolls on Twitter? Nope, nothing to do with us, guv. Fake news on Facebook? Must be someone else to blame. If they were held legally accountable for every libellous tweet or defamatory video then, even with all their wealth, they would feel the hit.

But as Ramaswamy points out, in return for this pass on legal responsibility for content published on their platforms, there is an expectation that these tech giants keep them open to everyone to enjoy true free speech. That anyone, with any view – no matter how mad, bad, or just plain nuts – should be allowed unfettered access to make their point, free of interference from huge corporations indulged by governments worldwide simply because of their reach.

Unfortunately, that’s not how it works. The nerds-in-chief at YouTube are prone to lock, suspend, or cancel accounts of those whose views they don’t share, even if they’re wrong. They tripped over themselves in their haste to support the World Health Organisation’s view at the outset of the coronavirus pandemic, and CEO Susan Wojcicki announced that the platform would ban content peddling fake or unproven coronavirus remedies and anyone who promoted a view that went against those held by WHO.

The brass neck on show from someone with no medical expertise telling the world that she would decide what could and couldn’t be said about a global pandemic, made me cough and splutter so much at the time that I thought I’d come down with Covid.

What’s all this then, YouTube suddenly chock full of epidemiologists, virologists, and science experts? No, I don’t think so, because we all know that it would be relying on its same hybrid blend of artificial intelligence and good ol’ human eyes to decide who fell foul of the new edict.

It is not within YouTube’s social contract to tell us what we can and can’t watch. Not in the US, not in the UK, and certainly not in Germany, where the company has just pulled the plug on RT’s two YouTube channels, RT DE and DFP, with no option for reactivating either. Game over.

Which might have something to do with the massive popularity of those channels, with RT DE having almost 547 million views and more than 600,000 subscribers, making it one of the top YouTube channels in Germany.

But not any more. It seems that YouTube was determined to make RT pay for having the temerity to air the views of those dubious or worried about Covid vaccines to its German audiences – where, it must be said, there is quite an appetite for such information, and there has been ever since the start of the pandemic. Certainly much more than in the UK.

Frankly, if people want to watch this content, question authority, and not slavishly follow government and WHO guidance, then shouldn’t they be allowed? Critical thinking is all about exploring an argument from all sides, not blindly accepting what a social media company based on the West Coast of the USA, or your state apparatus, wants you to believe.

Germans don’t like being told what to do, and they covet freedom of expression. So YouTube can turn off as many German channels on its platform as it likes, but the tech company better be ready for the backlash, because it will come. If you have nothing fun or edgy on your platform, people will simply stop visiting – and then what happens to all the millions in advertising moolah? Censorship comes at a price.