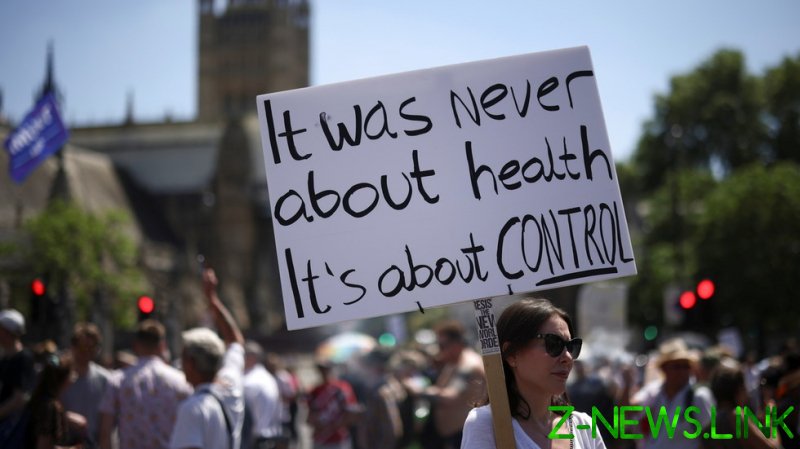 YouTube unveiled new rules on Wednesday banning all “harmful vaccine content” from its platform, not just content about Covid-19 shots. The new rules prohibit content alleging that vaccines “cause chronic side effects,” that they “do not reduce transmission or contraction of disease,” and that they contain unlisted ingredients like fetal cells.

A number of prominent vaccine skeptics were immediately booted from YouTube. Among them were alternative medicine advocates Dr. Joseph Mercola and Erin Elizabeth, and Robert F. Kennedy Jr., a lawyer and longtime critic of vaccines and their alleged side effects in children.

All three were members of the so-called “disinformation dozen,” a list of 12 accounts believed by pro-censorship activists to be the source of nearly three quarters of all online anti-vaccine content. The list, compiled by the Center for Countering Digital Hate and published this summer, was referenced by President Joe Biden in a speech calling on social media companies to crack down harder on this so-called “disinformation.”

“They’re killing people!” Biden said of these figures at the time, shortly before several platforms – including Facebook, Instagram and Twitter – began to remove some of their accounts.

The skeptics themselves don’t see things this way. In a statement on Wednesday, Mercola accused “tyrannical governments and the pharmaceutical industry” of leading an “assault on our freedom and civil rights,” referring both to YouTube’s censorship and the wave of vaccine mandates recently rolled out across the US.

“Dissenting Americans, both vaccinated and unvaccinated, fill the ranks of every socioeconomic class, every political party and every faith-based community,” he continued, “and they are not going to stand by and do nothing.”

Elizabeth called the crackdown a “witch hunt,” and said that her videos were “completely benign,” and that the company “had to make a new policy to delete us.”

As of Wednesday, only two accounts out of the dozen – those of “holistic psychiatrist” Kelly Brogan and anti-mask chiropractor Ben Tapper – remain on YouTube.

Some of these vaccine skeptics, most notably Mercola and Elizabeth, make money selling vitamins, supplements, and a plethora of alternative treatments and products, from hemp extracts for pets to complex water filtration systems. For them, any censorship by Big Tech doesn’t just silence their voices: it threatens a lucrative revenue stream.

However, YouTube’s crackdown was heavily criticized by many online, including Dr. Robert Malone, an American virologist and early pioneer of mRNA vaccines, which are now being used to fight Covid-19. “The censorship becomes more pervasive and institutionalized,” said Malone, who has since become a controversial critic of the technology he worked on decades ago.

Under its year-old ‘Covid-19 medical misinformation policy’, YouTube already censors a broad range of topics specifically relating to the coronavirus. These include videos “encouraging home remedies,” content claiming “that masks do not play a role in preventing the contraction or transmission of Covid-19,” and content “that recommends use of Ivermectin or Hydroxychloroquine for the prevention of Covid-19.”

However, the platform’s removal of problematic content has generated significant controversy. YouTube stated on Wednesday that over 130,000 videos have been removed since last year for violating this policy, and most recently, the platform deleted two of RT’s German-language channels (RT DE and Der Fehlende Part) for hosting guests with supposedly controversial views on the virus and its handling by governments.

Russian President Vladimir Putin’s press secretary, Dmitry Peskov, told journalists on Wednesday that the banning amounted to “a case of censorship, and of obstructing the dissemination of information by the media,” and would be investigated by Russian media regulators, adding “there must be zero tolerance for such violations of the law.”