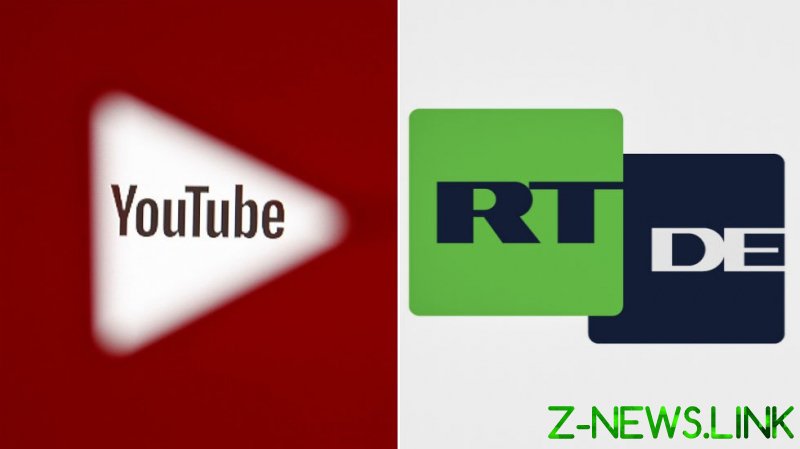 The Google-owned video service “has deleted the RT DE channel, as well as our second channel DFP [Der Fehlende Part, “the missing piece”], without the right to restoration,” Dinara Toktosunova, head of RT in Germany, announced on her Telegram channel on Tuesday.

The main RT DE channel was barred from live-streaming for seven days since September 21, on the basis of a strike over “community guidelines” violations, for alleged “medical misinformation” in four videos. YouTube did not elaborate on what specifically was questionable in the clips. The videos in question focused on the Covid-19 crisis and featured, among others, an interview with epidemiologist Friedrich Puerner.

The strike was due to expire on Tuesday, but YouTube removed the channel. The same thing happened with DFP, which had no strikes and posted RT DE content. A YouTube representative later confirmed that publishing material on the DFP was, according to the tech giant, a violation of the strike handed to RT DE’s main channel. As a result, both channels were deleted.

RT DE was among the top five German-language channels in YouTube’s News and Politics category, based on Tubular Labs data for August, with over 600,000 subscribers and almost 547 million total views.

In recent months, RT DE has faced mounting pressure in Germany, including over its plans to launch a TV broadcast later this year. In mid-August, Luxembourg denied RT’s application for a German-language broadcast license. Chancellor Angela Merkel denied pressuring the neighbouring country to do so, despite multiple German outlets reporting that representatives from Berlin met with Luxembourg officials to discuss the issue.

Earlier this year, Commerzbank abruptly and without explanation announced that it was shutting down accounts associated with RT DE. When the outlet reached out to other German banks, its inquiries about doing business were ignored or rejected.