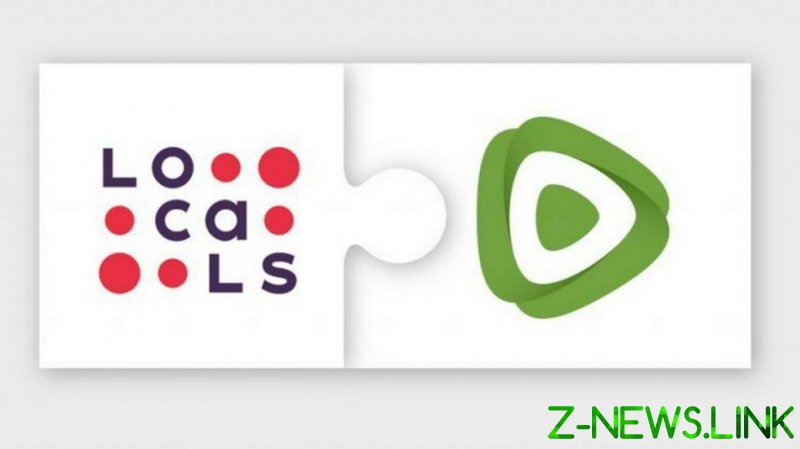 Rumble celebrated its acquisition of the two-year-old Locals platform on Tuesday, its CEO Chris Pavlovski declaring “We are building the rails to a new tech ecosystem that will free everyone from the restraints of editorial control.”

“Locals will provide our Rumble users a new way to generate revenue, one that is not influenced by corporate advertisers and special interests,” he continued, taking a veiled jab at the ever-tightening controls on content issued by YouTube’s parent company Alphabet.

Locals users will continue to own their community data and content, according to a press release Rumble published on Tuesday celebrating the union of the two platforms and praising Locals’ infrastructure for supplying “industry-leading audience data” to help creators understand what drives engagement on their particular channel.

Videos on both platforms will carry both platforms’ branding going forward, according to the press release. Locals CEO Assav Lev also praised the acquisition, stating it would give Locals users “new opportunities to expand their audiences while retaining control of their data.” Like Locals, he said, Rumble users “believe in the importance of allowing creators to express their opinions, interact with their supporters and make money from subscription.”

The alliance is likely to be popular with content creators who have been chased off larger platforms like YouTube. Popular creators have seen themselves demonetized and even deplatformed from Big Tech’s go-to video platform without a chance to contest what are often mysterious verdicts that cite speech-based transgressions without specifying exactly what utterance or image caused the offense. Such shocks – which can upend a popular user’s finances, as creators often earn a portion of their living from YouTube – increasingly come without warning. Some of the banned creators insist they’ve never received so much as a strike before losing their entire channel. Others attempt to log in only to find that their channel has been bombarded with complaints overnight, too many to possibly come from an authentic complainant – but too many for YouTube to allow their channel to remain up, either.

Other video platforms have arisen to challenge YouTube’s dominance of the sector, but for the most part they have been quickly marginalized by Big Tech’s media apologists as the domain of right-wing extremists or hate speech peddlers. Twitter even temporarily removed the ability to share links to alternative video platform BitChute last year, claiming the site would cause unspecified “harms” to users’ computers.

Non-video-based alternatives to Big Tech platforms have also struggled to stay in Google and Apple’s app stores, with the saga of Parler – deplatformed just as it was being flooded with conservative Twitter refugees and blamed for a largely Facebook-promoted “insurrection” – being only the most recent misfortune to befall independent developers.