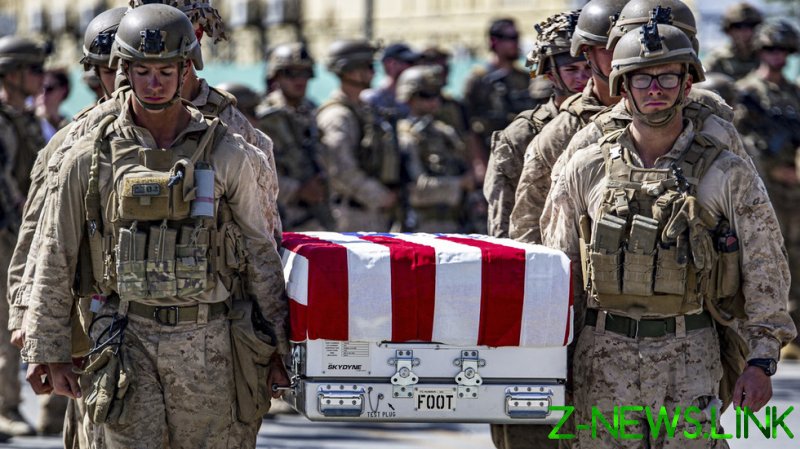 YouTube has apologized after causing outrage by removing a music video from singer-songwriter John Ondrasik, better known as Five for Fighting, directly criticizing President Joe Biden and his chaotic exit from Afghanistan.

Ondrasik announced his video had been pulled in a statement on Friday, blasting the company for flagging the clip over footage of “Taliban atrocities” while other videos containing similar footage remained up and even monetized.

“To not show said Taliban atrocities in any artistic statement on Afghanistan would be a gross injustice to the victims and enable the Taliban’s ongoing persecution of 40 million Afghan citizens,” the musician wrote.

The ‘Blood on My Hands’ video not only features real-world footage of the Taliban, but also begins with Biden claiming the Afghanistan government will not fall. Biden had said that shortly before the Taliban regained control, and US troops went through a chaotic withdrawal after 20 years in Afghanistan, which included 13 service members dying in a Kabul bombing. The clip also features Ondrasik, best known for hit songs like ‘100 Years’ and ‘Superman,’ singing outside the White House.

YouTube apologized this week for censoring the video and claimed this was a “mistake.” ‘Blood on My Hands’ had received more than 250,000 views in a few days before being taken down.

While Ondrasik said he accepted the apology, he went on to criticize political bias in “Big Tech” and questioned a YouTube spokesperson saying a graphic content warning needed to be added, when one was already there from Ondrasik, as well as another from YouTube itself.

“Without the outcry” from fans and conservatives, the singer later tweeted, it’s likely there would have been no action on YouTube’s part to rectify the situation.

Ondrasik has said the song is not meant as a political statement, but rather a moral one. He said he was inspired to write it after a friend informed him they were attempting to privately get American citizens, who had not made the official evacuation, out of Afghanistan. He finished writing the song the night Biden gave a speech referring to the withdrawal as an “extraordinary success.”