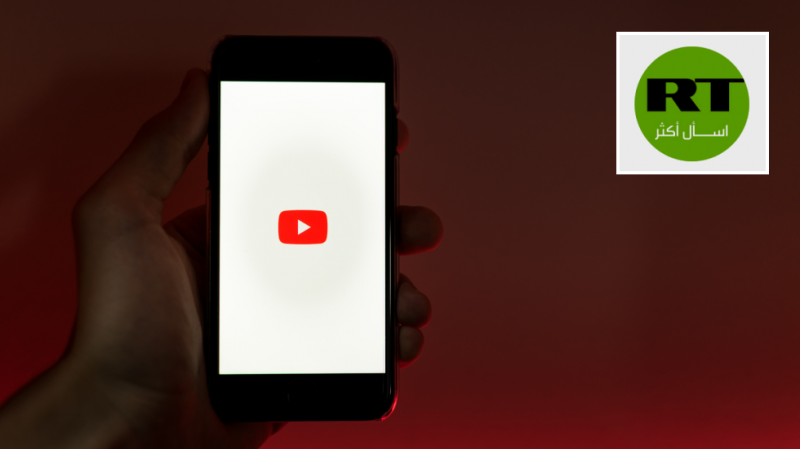 Created in 2008, the RT Arabic YouTube channel has attracted a significant audience in the Arab world, gaining over 5.5 million subscribers and 2.8 billion views. Now, following a dispute with Business Casual Holdings, an American educational account, it is under threat.

As per the website’s policy, a channel may be terminated when it receives three copyright strikes within a 90-day period. From January 2 to March 15, the US-based complainant sent four separate claims to YouTube over old pre-existing photos and footage used in RT Arabic videos, for which copyright wasn’t properly registered.

On Wednesday morning, as a result of the dispute, the popular account was blocked by the social network. A few hours later, the block was lifted.

After the channel was reinstated, YouTube released a statement calling the block “unintentional,” noting that the company would “analyze and draw conclusions about what needs to be done to avoid such inadvertent actions in the future.” It clarified that the company had no plans to take any further action against RT Arabic.

According to Maya Manna, the service’s editor-in-chief, her channel is facing a “coordinated attack” and is “being silenced” due to “questionable accusations over copyright for a handful of historical images by Business Casual Holdings.”

Last week, the US firm filed a lawsuit in the Southern District of New York for copyright infringement against RT Arabic’s parent company TV-Novosti, and announced that it was going after the Russian government.

A few days later, it promoted a video by another YouTube creator called “The Man Putin Fears The Most” about Russian opposition figure Alexey Navalny, despite having never previously discussed the activist.

“Business Casual’s own false claim that it is ‘suing the Russian government’ by levying copyright claims against RT highlights both its political agenda and just how YouTube might become subject to manipulation and abuse of its own policies by malicious actors,” Manna concluded.

YouTube’s blocking of RT Arabic is the latest in a long line of Russian state-funded outlets being targeted by social media giants. Last year, RT’s Twitter account was subjected to a shadowban, meaning it is now undiscoverable via the website’s search function.