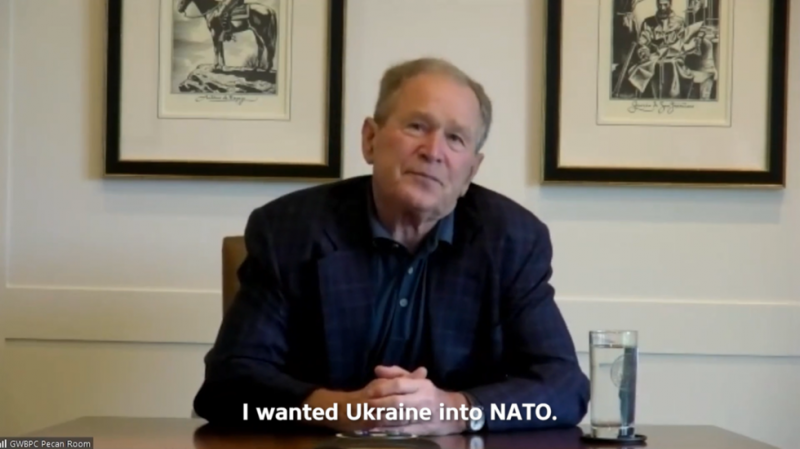 YouTube has permanently deleted the channel of Russian pranksters Vovan and Lexus, the duo announced on Thursday, after they released a bombshell interview from last month with George W Bush.

The pranksters, whose real names are Vladimir Kuznetsov (Vovan) and Alexei Stolyarov (Lexus) say that this is not the first time their channel has been deleted and that YouTube has not even given a legitimate reason for the bans.

“Today, YouTube once again removed our Vovan & Lexus backup channel. Apparently, this time our videos did not please the departments overseas, because they hit their image hard,” said the pranksters.

This time it was the tricksters’ secondary channel that got taken down after having been up for only about a month. Vovan believes that the reason for the deletion might have been their latest interview, with former US president George W. Bush, which had been getting a lot of traction among english-speaking audiences before the channel was shut down.

“Once again, YouTube makes you think that a ‘free’ site is not so free at all,” the duo noted, adding that US and UK authorities were “trying to clean up traces of their criminal words” which have already spread across the internet.

“They won’t be able to delete the whole internet,” the pranksters noted.

In the latest video, which is still available on other social media platforms, Bush Junior, who was president of the US from 2001 to 2009, is tricked into believing he is speaking with Ukrainian President Volodymyr Zelensky and makes several bombshell statements on a number of hot-button issues.

The former president told the fake ‘Zelensky’ that Ukraine’s mission is to “destroy as many Russian troops as you can” and suggested that a military victory over Russia would see many of Ukraine’s issues “go off the table.”

He also revealed that during his time in office he “felt that Ukraine needed to be in the EU and NATO” while keeping Russia on the fringe of the military bloc, adding that it “doesn’t really matter” what Russia was promised in regards to NATO expansion.

Russian Foreign Ministry Spokesperson Maria Zakharova has commented on the removal of the Vovan and Lexus’ channel, stating that it was a shame that the channel was deleted just days before the release of her interview with the duo.

Vovan and Lexus’ main channel was banned back in March following a request from the UK government after the pranksters recorded trick interviews with Britain’s Defence Secretary Ben Wallace and Home Secretary Priti Patel.

In the videos, Wallace all but admitted that the UK would assist Kiev in restarting its military nuclear program, while Patel stated that Russian leaders were “barbarians” and promised that the Home Office would step up its spying on Russian nationals in the UK.

Vovan and Lexus have a long history of pranking celebrities and public figures, including Canadian PM Justin Trudeau and Turkish President Recep Tayyip Erdogan. They have denied being agents of their government.