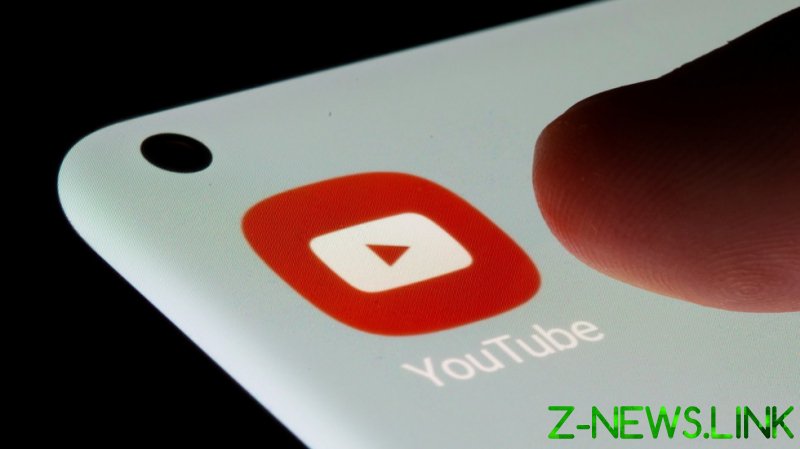 The one-week suspension was issued following a review of Sky News Australia’s “old videos,” the channel announced on Sunday. Under the terms of the temporary ban, for seven days, YouTube will allow no videos or livestreams to be posted by the channel, which has 1.86 million subscribers, and some earlier videos about coronavirus have been reportedly permanently deleted from the platform.

The ban was issued after some of its online content had been reportedly found to include videos that “denied the existence of Covid-19.” “Numerous” such videos have been removed from the channel, so as not to “cause real-world harm.”

“Specifically, we don’t allow content that denies the existence of Covid-19, or that encourages people to use hydroxychloroquine or ivermectin to treat or prevent the virus,” a YouTube spokesperson told the Guardian Australia, adding that no “sufficient countervailing context” has been provided in the allegedly offending media reports.

According to YouTube’s policies, a week-long suspension counts as one strike. If three such warnings are issued over the course of 90 days, a channel is permanently removed from the platform.

Sky News Australia, which is a subsidiary of News Corp Australia, said it acknowledged YouTube’s “right to enforce its policies,” but “expressly rejects that any host has ever denied the existence of Covid-19 as was implied.” Its digital editor, Jack Houghton, has called the suspension a “disturbing attack” on both human and media rights. Suggesting that YouTube had disagreed with Sky News Australia’s reporting on the debate about anti-Covid measures such as mask-wearing and lockdowns, Houghton said he “wondered” why other controversial videos on the issue remained on the platform. “I am yet to be informed of President Joe Biden’s YouTube and Facebook ban after uttering this false sentence: ‘You’re not going to get Covid if you have these vaccinations,’” he argued.

Australia, which has recorded around 34,400 cases of the deadly virus, has imposed some of the world’s strictest pandemic measures. Earlier this month, after some of the restrictions were extended, thousands took to the streets of its major cities to protest. Anti-lockdown activists clashed with police, and multiple arrests were made. New South Wales Police has said it is looking for information about alleged lockdown violators and had set up a “strike force” to deal with them, the chief of police vowing that his officers would continue to crack down hard on acts of “violent, filthy, risky” behavior.