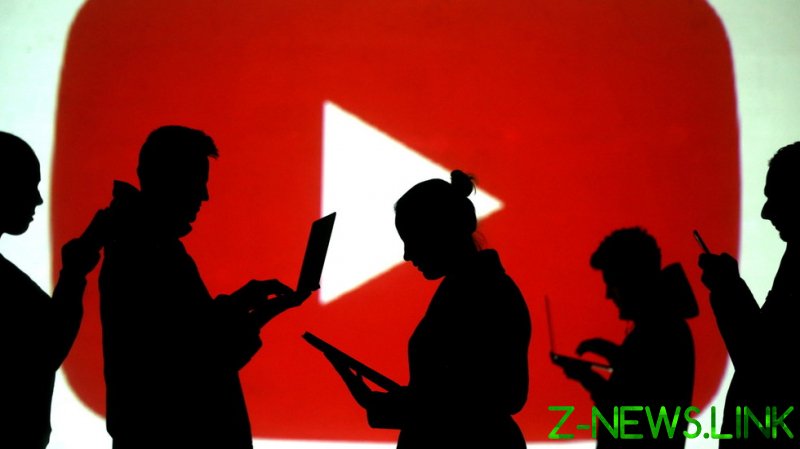 The Germans enjoy revelling in the misfortune of others so much that their term for it – schadenfreude – has universal linguistic acceptance as the final word on that matter.

However, the risk of enjoying schadenfreude too publicly and enthusiastically is that, sometimes, things just have a way of quickly turning around and biting you on der hintern, as German news outlet Bild has found to its own discomfort.

The media world is a strange, interconnected place, and generally, although competitive and often possessed of contrary ideas and motivations, many outlets still share a universal appreciation of freedom of expression.

So when Bild played the man and not the ball over YouTube’s recent decision to pull the plug on two German RT channels on its platform last week, it was a little, I dunno, off. RT Deutsch fell foul of a YouTube crackdown on the spread of opinions surrounding the coronavirus pandemic that flew in the face of the celebrated scientific experts… sorry, I mean the self-interested, progressive nerds who run the Google-owned platform out of Silicon Valley.

They made it clear that only content which adhered to the official line as pushed by the World Health Organisation would be tolerated on YouTube. Any other view, no matter how informed, how valid or how important would be blocked, and the account closed with no likelihood of reinstatement.

As Vivek Ramaswamy writes in his book ‘Woke Inc’, this is the sort of behaviour we might expect from elected governments, not tech giants and their unaccountable billionaire owners. The deal we have is that social media platforms are expected to provide access to people with all sorts of opinions – not just the ones they agree with – and in return for their support of freedom of expression, we will not hold them legally accountable as publishers when one account holder posts something libellous or nasty about someone else on their platform.

RT was not the only organisation hit, as YouTube used the distraction afforded by the media focus on Facebook’s ongoing problems a fortnight ago to time their attack on free speech. As events unfolded, Bild revelled in reporting that what it called “Putin’s most important propaganda broadcaster in Germany” had been taken down.

Maybe it had something to do with the RT Deutsch figures on YouTube, which were admirable: 614,000 subscribers at the point of closure, videos viewed more than 500 million times and, apparently, accounts on other social networks with a reach into the hundreds of thousands. Bild could not have been happier about the shutdown being immediate and permanent.

Sooooo, what’s changed? Let’s make it simple. Three words: Bild. YouTube. Ban. Yep, officials at Germany’s most popular news outlet are foaming at the mouth after YouTube banned a video it posted on its own website featuring German artists criticising the government’s handling of the pandemic, after deciding it too ran counter to the Silicon Valley worldview around the pandemic.

How dare they! Bild’s political director, Jan Schaefer, declared that the ban was, “a dangerous encroachment” on freedom of expression. Seems Bild’s stand on YouTube banning videos has done a volte-face in less than a fortnight!

One week it’s all for YouTube blocking content expressing a contrarian standpoint, the next week it’s up in arms over exactly the same issue. In a more charitable mood, I’d be inclined to coo, “Oh, come here my liebling, my sweet, delicious irony!”

But pointing out the rank hypocrisy of Germany’s biggest news organisation is far too irresistible. After all, nothing lifts the spirits like a bit of schadenfreude.