You’re not supposed to say that out loud! Covid-19 vaccines & ‘return to normal’ might hurt Facebook’s bottom line, CFO admits 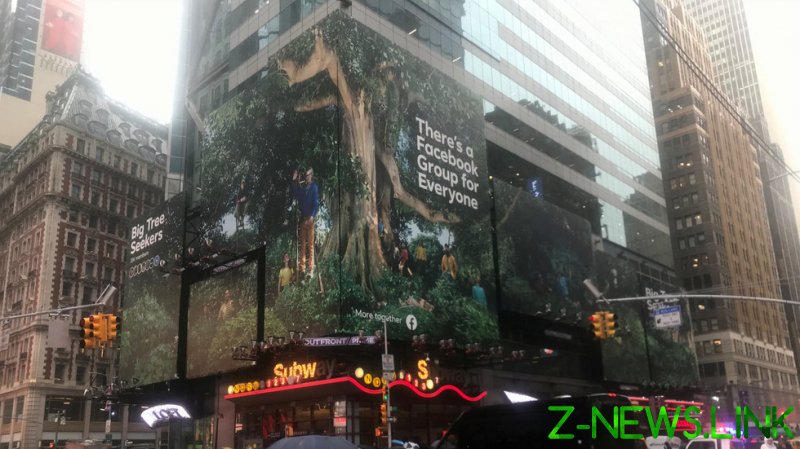 CFO David Wehner suggested on Tuesday that users’ cash will end up in the pockets of “services like travel,” as more people get vaccinated for Covid-19 and fewer have any reason to stay home ordering goods they’ve seen advertised on Facebook.

Speaking at the Morgan Stanley Technology, Media and Telecom Conference, Wehner declared that while it was a bit early to prognosticate for 2021 given the “uncertainty” lying ahead, his company expected the same e-commerce ad sales juggernaut that propelled Facebook ahead in revenues for the third and fourth quarter of 2020 to slow down at last.

“We’re not going to have the same drivers of acceleration pushing people to shift online,” he said, qualifying that all was not lost as people would be spending more time in front of their computers than pre-pandemic no matter what happened.

Indeed, the spending shift Wehner was talking about seemed to be already in the works this week. The founder of travel company Indagare, whose new bookings dropped to zero last year with the pandemic after 14 straight years of growth, told CBS that customers had begun calling again with the vaccine rollout. Melissa Biggs Bradley said her sales in February were at the highest point since the general shutdown of international travel last year.

At the same time, consumer spending research firm Facteus has confirmed that travel spending is going up. While it was still down 42 percent for the week of February 21 compared to the previous year, it had nevertheless crept up four points from the previous week, and travel bookings were also on the rise.

According to Indagare founder Bradley, Americans are unsurprisingly itching to go somewhere warm, as well as somewhere they don’t have to jump through too many hoops to get through. Egypt, Kenya, Costa Rica, and Belize were the top destinations for her customers. And booking site Tablet Hotels, which has also seen interest skyrocket in the last few weeks, revealed the top destinations to be Miami, Paris, Tulum, and… Austin, Texas.

Tablet CEO Lucy Lieberman credits the vaccine rollout with her uptick in business, noting that “we saw an immediate spike in bookings” as far off as Thanksgiving 2021, with spring break and other holidays also seeing some interest.

It’s not clear when international travel will be openly permitted again, with or without certificates proving one has been vaccinated, but it’s no surprise that people are eager to get out and travel. The vast majority of the world has been under one form of lockdown or other for a year now, a reality that’s great for Facebook (or Netflix, or YouTube, or any of the other companies that feast on boredom and idle hours) but not so great for the human psyche.