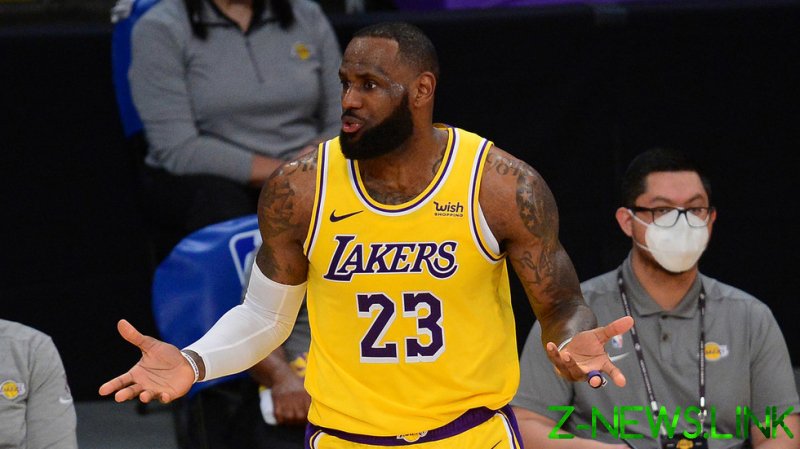 “You’re next,” James tweeted on Wednesday, adding the hashtag “#accountability” and a photo of Columbus police officer Nicholas Rearden who was identified as the officer who shot and ultimately killed Ma’Khia Bryant.

Activists have used Bryant’s death as the latest example of police brutality against black Americans, but critics have pointed to the fact that Bryant was wielding a knife at the scene and appeared to be a threat as justifying the officer’s actions. In bodycam footage released, Bryant lunges at another person, with the knife in hand, before she is shot.

Rearden is currently off street duty pending the results of an ongoing investigation.

James appeared confident in Rearden’s guilt without the results of the investigation, but not confident enough to keep his tweet up as he quickly deleted it after numerous critics accused him of threatening or inciting violence against an officer before all the facts are known.

“The NBA should fine lebron thousands for every minute this tweet remains active,” one user tweeted.

“Lebron James is inciting violence against an Ohio police officer. This is disgraceful and dangerous. Is the NBA okay with this? Is Twitter?” Sen. Tom Cotton (R-Arkansas) wrote in response.