Home / WORLD / Your guide to Russian political parties ahead of the 2021 Parliamentary Election: United Russia

Your guide to Russian political parties ahead of the 2021 Parliamentary Election: United Russia 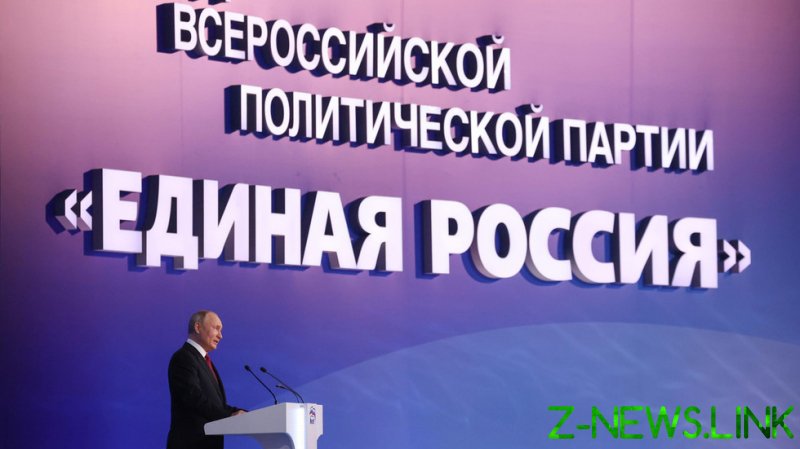 United Russia was founded in 2001 following a merger of the two of the country’s most-popular political parties as a way to create a strong faction to back then-newly elected President Vladimir Putin. While the man himself has not led the group since 2012, it has played a role as a ruling party since its creation and has consistently supported the Kremlin’s moves. Its current head is the rather unpopular former president, Dmitry Medvedev. Unlike other groupings running for parliament, United Russia does not have a particular ideology that could be placed on a left-right spectrum, and could better be described as a catch-all statist and populist entity. Its politicians have a wide range of views, but are brought together by their loyalty to the Kremlin and Putin.

How did they do last time?

In 2016, United Russia won a whopping 54.2% of the vote, subsequently receiving 343 out of a possible 450 MPs in the parliament – way over two-thirds of the entire chamber.

However, since then, the party has suffered from a considerable dip in popularity, mainly as a result of overwhelmingly disliked pension reforms. As a result, it was defeated in a handful of by-elections and local votes. In particular, in 2018, it lost the governorship of the Khabarovsk, Vladimir, and Khakassia regions to rivals.

United Russia draws its support from all over the country, comfortably finishing in the top two positions in almost all the elections it contests. The party holds an absolute majority in 79 of the country’s 85 regional parliaments and is the largest faction in four others.

The party’s appeal isn’t universal, however. In some regions of the Far East, the party is exceptionally unpopular, for example, holding just two seats out of 36 in the Legislative Duma of the Khabarovsk Region.

What do they believe?

United Russia is best described as a ‘Big Tent’ party, attracting voters from across the political spectrum who support President Vladimir Putin and his ideals.

Economically, the party is hard to pin down, having favored a mixed economy to drive growth while also supporting various social security schemes that would be seen in the West as rather left-wing.

Socially, the faction has embraced an ideology and its associated policies dubbed ‘Russian Conservatism,’ categorized by broad support for statism and so-called traditional values. United Russia also has a close partnership with the country’s Orthodox Church.

When it comes to foreign policy, it has taken aim at globalism and economic liberalism and condemned so-called international norms, which it sees as an invention of the West.

What else do I need to know?

Seemingly in response to its waning popularity, United Russia has completely shaken up its party list and chosen some of the country’s most popular political personalities to be flagship candidates for the State Duma.

First up is Sergey Shoygu, the long-time Putin loyalist and minister of defense. He is followed by Sergey Lavrov, the foreign minister. Interestingly, third on the list is a newcomer to politics, Denis Protsenko. Protsenko became a household name in early 2020 as the head doctor of Russia’s main coronavirus hospital. Former president and party leader Medvedev has been omitted entirely.