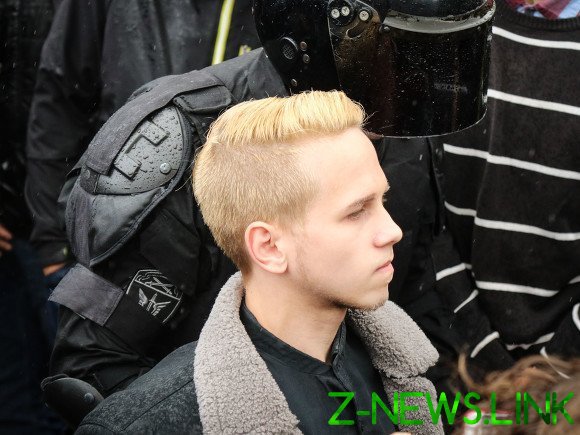 In Russia, a wave of protests, and shares came people who were born and grew up under Putin. “Rosbalt” to find out why they are dissatisfied.

In 2017 the shares in Tomsk was made by a fifth grader. The student became the star of Runet and inspired singer Alisa VOX recording of the track “Baby”, which became, apparently, the last of her hits. Then Facebook among adults was active discussion on the topic “and whether it is worth students to participate actively in political life.” But the young Russians did not ask — to become a regular protest rallies in the capital, perhaps the majority. We asked the people themselves, whose whole life was the cult of stability, what they think about the protest actions and participation in social activities.

I think that in Russia a malformed electoral legislation. It initially looks like this, which many times complicates the procedure of “passing candidate on the ballot papers”. Local, city and Central election commissions have the opportunity to treat the petitions in its own way. This allows the ruling elite to unduly influence the election situation.

Coordinated and uncoordinated action is important for the formation in Russia of civil society and instruments of influence on power. And, of course, protests should take place in any country with a moral right is organized by the state apparatus and the elite. My mom don’t understand. Father agrees with this position 90%. He participated in various protests. Both in Russia and in the USSR.

I have mixed feelings on the situation with the elections in MDG. On the one hand, this seems like a nasty mess that should tell every citizen of the Russian Federation. We need to fight for their rights, to go out and demand the release of political prisoners and common sense. On the other hand, in my opinion, such events do not cause anybody surprise, after all this is the result of continued arrogance on the part of officials and police, as well as the absolute apathy and fear of jail, received in the result of education “witnesses of the USSR” on the part of other citizens.

Let me clarify: I am not a supporter of any independent candidate in the MHD. I in any case do not support Navalny and his ideas of reformation of Russia. I did not put the signature for the Love of the Sobol (and would not if I had that option). Moreover, I am grateful to Mr Sobyanin for bike lanes and dedicated public transport lanes. But the lawlessness which afford persons holding management positions in the recognized dissenters with something of Muscovites dead, and not allowing the elections to independent candidates, fulfilled the law; the horror that I see all the other people on the streets of our capital, when peacefully walking women literally beaten with rubber batons for their position, all this is just annoying and offers the options consciousness, in tune with the ideas of either immigration or illegal against the current political regime.

But the most striking in this story is the fact that there are people who absolutely do not understand the deplorable situation in which we all were. They are watching the Federal channels and then abused their children, saying that it is impossible to support the Americans! Some of their children even to the police surrender. So, for example, is my mom, which I love, but which is absolutely violet what is really going on with Zhukov, Yashin, Sable and other concerned citizens. On “First” as said signatures are forged, people came to the concert for your favorite rappers dissatisfied with the current regime there. Glad that over time such becomes smaller, people discover themselves and others eyes, realize the horror of what is happening. Someday in our country will be fair elections and freedom of speech! I hope by the time I’m still going to live.

I’m not from Moscow, so I did not follow the capital election exactly to the moment, as there was a public outcry. Look at this and realize — somewhere I’ve seen before. Not the whole situation, and how to act with authority people who want the most power to save. But the details I did not go deep, so can’t really say who is right and who is wrong.

Meetings — is to me a little about the other. What is happening now in Moscow, was not just about elections. The people in this case, too, worked the herd instinct — with slogans about fair elections are very old, festering wound that was scary show alone. Go to the rallies people fearless. I would honestly not go. I love my country and want to change the situation for the better, but I love me more. Seeing the work of Regardie, knowing that during the rally I can potentially get injured, I’m staying home, where the entire soul experience for compatriots to action. And people like me, a lot. Rallies attract attention, and this one has two sides. There’s a part of Russians who discover many unpleasant, sobering things, begin to look at the government from the other side. But there are those who trust only official channels. And in my provincial town conservatives are among the people more than adults, and among young people.

The situation with the elections in General — is bad, because the authorities lose the support of the people, and the credibility of it is now less and less. How can that be good? I personally do not like the situation. But I — as a resident of the city and ordinary people are satisfied. I just don’t understand.

“The bearer of sovereignty and the only source of power in the Russian Federation is its multinational people”. Now it turns out that this is not the case. If not complied with, then — bad. Sooner or later it will begin to be observed, but with an extra cost of resources: time, money, etc. Street protests? In my opinion, it is important for the appearance of competition, and while she’s gone. So if we can do something, it will be good. Need to stock ceased to be marginal, but that we are not talking other people.

Can’t say I was at all the meetings, which were held in my city, but try not to miss such events. Among people (mainly the young that can not but rejoice), which are the same as I take to the streets to Express their opinion, I feel a small part of something big and important. We, the young guys who are just entering into adulthood and faced with Russian reality, especially sharply perceive any injustice in our lives. And expressing your opinion, we want to be heard.

I can’t understand why the government does not listen to the people. As far as I know, in many countries, these meetings often become a reason for regime change, and we have to arrest several thousand people. I really never detained was not trying to be provocative and to go only to concerted action. Though the law of coordination of protests I think it’s ridiculous, I try to err because not every part in meetings caused problems in schools and universities.

The older generation tries to explain us that nothing in Russia is not necessary to change, comparing life now with the USSR and the nineties of the past century. But we don’t know how it was before. We were born, went to school, graduated and enrolled at the universities during the reign of one President. We don’t think about how it was before — good or bad. We think about the present and about the future. We want to be sure in the future, I want to know that we will be able to find a decent job, want to believe Russian medicine… We want change. That is why we go to the streets. That’s why I go to meetings. I want to believe that someday the time will come when the government will hear the people and our opinion will mean something.

Interest in politics, to be honest, I’ve never been to before. My family was not raised similar themes, none of the households did not discuss what happens in the political sphere of the country. So for me it wasn’t true. I didn’t go to rallies, didn’t read the article, never was interested in politics.

But in recent years, many on social media began to speak on the political situation in Russia. Only by reading their posts, watching videos of witnesses, I realized how we are all bad with the opportunity to Express their opinion. People take, beat for anything — neither age nor gender are not important. Nobody listens, nobody cares, what worries the society. Despite the law on peaceful Assembly, the agencies of law and order fierce ways were taken of people, often not even participating in the event.

And when you see all this, is just terrible. I’m a girl, I’m 18 years old. I’m terrified of the thought that I can hold for what I want to Express my opinion. Is this normal? Therefore, in recent meetings (in Moscow and in St. Petersburg) I didn’t go. Scared for his life.

And another thing: how many times similar events took place? 5, 10, 100 times? However, is it possible to say that many statements of the society were heard by the authorities? No. And that’s really sad. Authorities say about democracy, about the importance of public opinion and the power of influence people, but nothing. For me it was another reason not to go to such performances.

And the representatives of Regardie, in my opinion, often behave outrageously. Instead of trying to protect people, they hurt people and their lives. I very much hope that the situation change in the future, people will be able without fear to Express their opinion, democracy and freedom of speech will become a reality, not just words in the legislation. 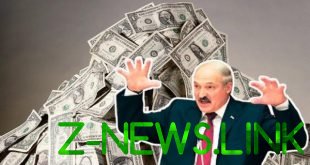 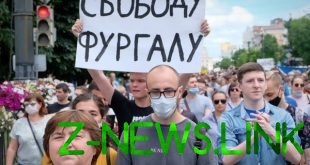