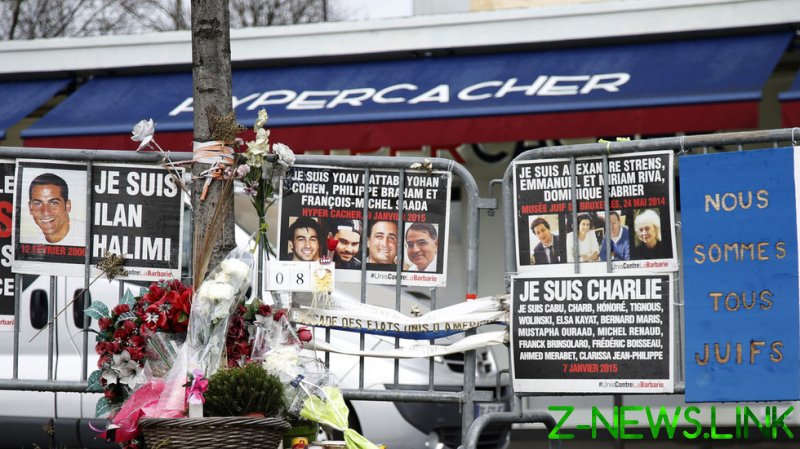 The 35-year-old suspect delivered an angry outburst on Friday while a policewoman from an anti-terror unit gave her account of Polat’s shift towards radical Islamism. She said the suspect “shared the religious convictions of his friend Amedy Coulibaly,” the man who killed a police officer and four civilians at a Kosher supermarket in January 2015. The attacks came right after another two terrorists stormed the headquarters of satirical magazine Charlie Hebdo, killing 12 and injuring 11 more.

The officer’s testimony angered Polat, who had reportedly been making punching gestures at the defendant’s glass box, before he verbally threatened the witness.

“You will pay for this,” he shouted.

As the witness shared details of the wiretapped phone conversations of Polat’s mother – whom she allegedly called an “unbeliever” and “perverse” – the suspect warned the officer that his “brother-in-law is going to come” for her.

“She can lie about me, but not about my family,” Polat stressed.

The judge hearing the case warned Polat that any more threats against the investigators or witnesses would result in his removal from the trial.

The outburst was condemned by chief prosecutor Jean-Michel Bourles, who called it a scandal. The prosecutor vowed to slap Polat with new charges over making “threats against a person testifying on behalf of the public authorities.”

The suspect, who maintains his innocence, has repeatedly made angry statements during the trial. His attorney, Isabelle Coutant-Peyre, tried to downplay the incident, insisting that while her client “sometimes loses his cool,” his behavior is perfectly natural for “somebody who believes he is being accused unfairly.”

Turkish-born Polat is among 14 suspects who went on trial early in September over the 2015 attacks. The accused is facing the most serious charge of complicity, and faces life imprisonment if found guilty.