Home / WORLD / ‘You will always be missed’: Khabib Nurmagomedov pays tribute on his birthday to his late father Abdulmanap as UFC hails ex-champ

‘You will always be missed’: Khabib Nurmagomedov pays tribute on his birthday to his late father Abdulmanap as UFC hails ex-champ 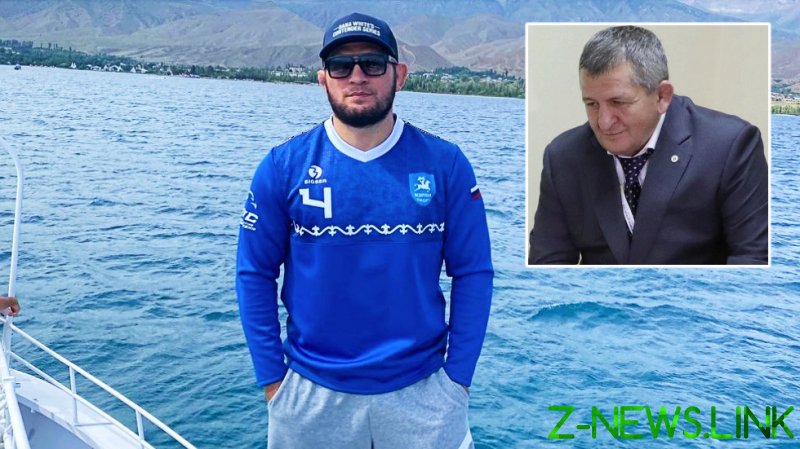 While promotion president Dana White would love lightweight great Nurmagomedov to come out of retirement, the newly-turned 33-year-old has shown he is as busy as ever in the build-up to his birthday.

The legendary Dagestani portrayed himself going for a walk with his coach, Javier Mendez, on Sunday after the trainer turned 51 the previous day.

Nurmagomedov then revealed his plans to take a trip to the UK for two public events to raise awareness and money for the support and benefit of orphans around the world, and announced himself as a global brand ambassador for an ethical investor.

On his big day, the UFC shared a snap of Nurmagomedov, adding: “Help us wish a happy birthday to the Eagle.”

The unbeaten retiree’s thoughts, understandably, focused on the late Abdulmanap, who tragically died last year from complications relating to Covid-19.

“Father,” he wrote, sharing a short film of interviews with numerous figures from the sport who were heavily influenced by the revered coach. “You will always be missed.”

Twenty-nine win Nurmagomedov and some of the figures who learned from Abdulmanap honored him with a fight night in Moscow on Friday.

The event, hosted by Nurmagomedov’s Eagle Fighting Championship, was headlined by the final fight in Shamil Zavurov’s career.

Storied veteran Zavurov had spoken about his memories of growing up with the Nurmagomedovs, speaking of his sadness at Abdulmanap’s untimely death while recalling the formative sway he had on his life.

Zavurov remembered the young Nurmagomedov as a future champion who was always asking questions, and the UFC icon’s sharp analysis has again been in demand ahead of the heavyweight showdown between Anthony Joshua and Oleksandr Usyk in London on Saturday.

Nurmagomedov rates Usyk, Vasyl Lomachenko, Canelo Alvarez and Tyson Fury as the best current boxers in business, adding that he wants Usyk and Fury to meet.

“It’s going to be a very good fight,” he predicted of that potential match-up. “He [Usyk] has very good skill and technique, Tyson Fury too.

“He is not like other heavyweights: more technique, his footwork is very good, his conditioning is very good. I really want to watch Usyk against Fury.”