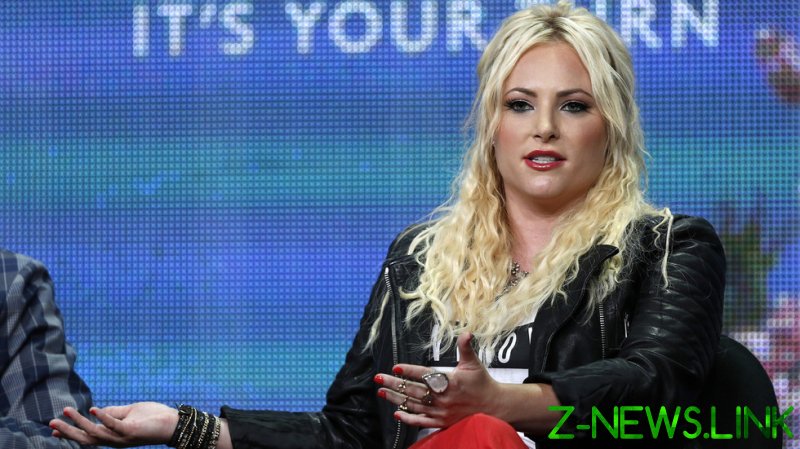 In a series of hot-blooded screeds, the daughter of deceased Senator John McCain (R-Arizona) argued that participants in last week’s violence in Washington, DC should be labeled “domestic terrorists” and treated like foreign enemies.

McCain, who is a co-host of the popular talk show ‘The View’, argued during Monday’s program that “all the possibilities” should be considered when discussing punishments for those suspected of unlawful activity during the riots. She even floated the idea of shipping them to the infamous military prison in Guantanamo Bay, Cuba, where terrorist suspects have been held for years without due process and subjected to “enhanced interrogation” techniques.

On the same day, she tweeted that “MAGA terrorists” should be treated “like any other terrorists who have attacked our homeland.”

McCain wasn’t done dishing out her provocative takes on the controversy, however. Hours later, she responded to reports that the bare-chested man photographed posing on the speaker’s chair in the Senate, Jacob Anthony Chansley, also known as Jake Angeli, was refusing food after being arrested because he only eats organic produce.

“He should be fed dog food as far as I’m concerned,” she quipped.

Her divisive views soon caught the eye of social media users who pointed out that her father, who was tortured as a Vietnam POW, was a staunch opponent of waterboarding and other harsh interrogation methods adopted by the US government in the early years of its global war on terrorism.

“You dad might have felt differently about how to treat prisoners. Of war or otherwise,” noted one commenter.

“We can’t go down this road. Yes, arrest him, throw the book at him, including felony murder but no matter how pissed we are (and I’m pissed), we can’t sink to the level them,” read another disapproving reply to McCain’s outbursts.

Still, there were plenty of like-minded Americans who applauded her. The idea of sending the rioters to Gitmo was the “first smart thing she’s ever said,”wrote one Twitter user.

Her dog food recommendation also received cheers, with some even arguing that dog food was “too good” for Chansley.

Last Wednesday’s unrest has been linked to several deaths and prompted Democrats to accuse President Donald Trump of inciting violence in the capital. The event has also been used to push for a new legislation aimed at cracking down on “domestic terrorism.”