Home / WORLD / ‘You got conned’: Regretful Democrat volunteers cope with disappointment after Biden turns out to have misled about $2,000 checks

‘You got conned’: Regretful Democrat volunteers cope with disappointment after Biden turns out to have misled about $2,000 checks 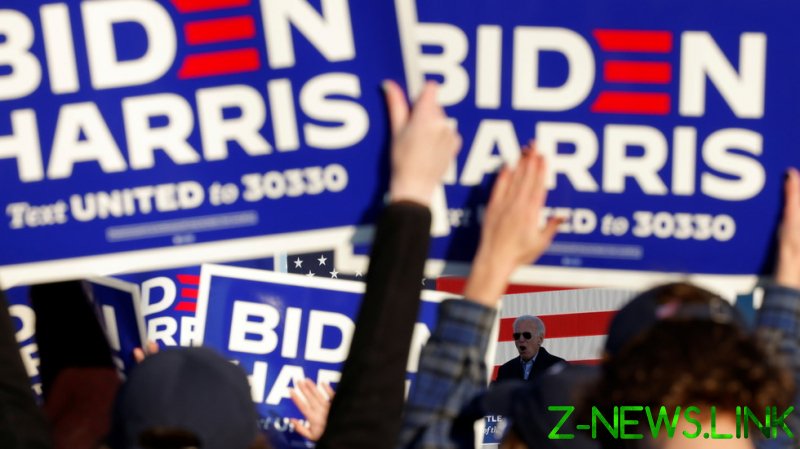 The Democratic Party announced on Saturday that Americans would receive $1,400 coronavirus relief checks instead of the $2,000 promised by the party and Biden during their presidential campaign.

“I worked my ass off and knocked on well over 1000 doors promising ppl for $2000 checks. Where are they? You promised them. I hate lying to ppl,” complained one self-proclaimed socialist on Twitter, prompting another to point out, “You got conned, plain and simple.”

Others told the man to “bill” the Democratic National Committee for his hours spent volunteering, and to never volunteer or vote for a Democrat again, with one user commenting, “It must be an awful feeling to realize they used you.”

“Well though you might hate lying that’s what Biden does and now he’s made a liar out of you,”remarked a less sympathetic American. “Congratulations for falling for the scam.”

The ex-Democrat volunteer wasn’t the only person on Twitter to express their regret for supporting the Biden campaign, however. “I canvassed my ass off for y’all in georgia and you turn around and treat us like we’re stupid,”protested one woman from Atlanta, Georgia, while another user wrote, “You are all liars. I am never voting Democrat again.”

The Democratic Party attempted to justify its $1,400 relief checks by claiming that the $600 checks previously given out by former President Donald Trump in December were a “down payment.”

Trump himself had wanted to send out $2,000 checks to Americans, but the move was blocked by Congress.