Home / WORLD / ‘You don’t need our vaccine’: Michael Moore, others libs rage at Texas for daring to fight Covid-19 without authoritarian lockdown

‘You don’t need our vaccine’: Michael Moore, others libs rage at Texas for daring to fight Covid-19 without authoritarian lockdown 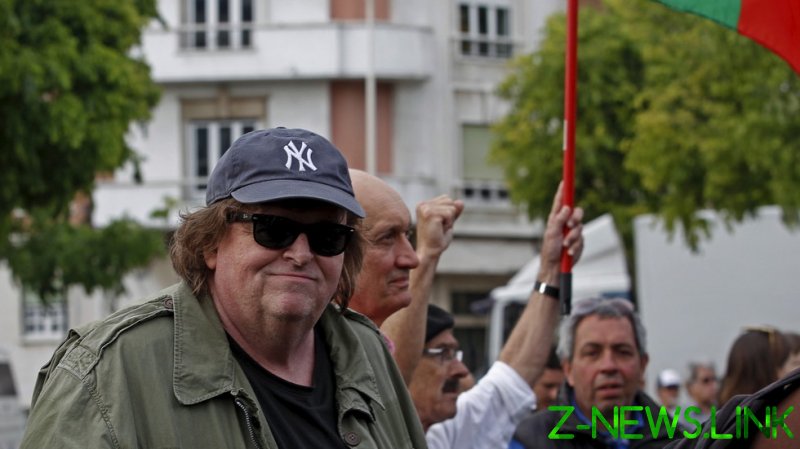 Texas’ decision to walk back Covid-19 restrictions like mask mandates has triggered plenty of meltdowns, the worst of which have included prominent liberals showing their true colors and apparently wishing death on the state.

Texas Gov. Greg Abbott’s announcement that he was ending Covid-19 lockdown restrictions in his state got about the reactions you would expect this week. Conservatives mainly praised him, while most liberals labeled him a “mass murderer” or “reckless” leader.

The worst reactions though have shined an unflattering light on a dark corner of today’s political divisions.

“Why are we wasting vaccinations on Texas if Texas has decided to join the side of the virus?” the always level-headed Keith Olbermann tweeted on Tuesday evening.

Former MSNBC host and current YouTube political commentator Olbermann found himself quickly trending and earning pushback, but his disdain for Texas residents when it comes to “the virus” was also shared by plenty of others, including filmmaker Michael Moore who raged against the red state in an equally bizarre Wednesday tweet.

“Texas – we hear you. You didn’t want to be part of our electrical grid. And now you’ve removed your mask mandate & are allowing large crowds to gather. We hear you! COVID is a hoax! So u don’t need our precious vaccine. We’ll send it to [people] who are saving lives by wearing masks,” he tweeted.

It should be noted here that vaccine distribution is still underway in Texas. Disagreement on the effectiveness of masks and lockdowns at this stage in the pandemic does not equate to an entire state believing the virus is a hoax, as some clearly seem to believe. If one needs to effectively stay in lockdown for eternity to prove they take Covid-19 seriously then it is the collective response from Covid fear-mongers that is flirting with hoax territory.

Olbermann and Moore are outspoken liberals who have spent the last four years almost exclusively – and exhaustively – focused on Donald Trump. Nearly every piece of content they put out was aimed at taking down the man they seemed hellbent on convincing the rest of was the assured death of democracy. They became as much products of the man as they were critics. Trump became essential to their careers and relevance. As he also did to so many others in both Hollywood and the media. Jim Acosta, anyone? Kathy Griffin?

The trouble with this Trump obsession is it led to the same sort of extreme rhetoric and one-upmanship that has evolved into this ‘death to Texas’ chant we are hearing now from more extreme liberals like Olbermann and Moore.

In the past, Olbermann has called any supporters of Trump traitors to the country, while folks like Moore could never spend more than a few days without fantasizing about the image of Trump in jail for crimes no one could ever more than loosely explain.

This also isn’t the first time liberals have found themselves wishing death on a state for being politically red. When Trump took the lead in Florida during the 2020 presidential election, liberals similarly wished the entire state would disappear.

This is why people such as Moore and Olbermann leading digital charges against an entire state for giving people the option to drop the masks and attend large-crowd events should not be surprising, but rather a reminder that Joe Biden’s numerous calls for unity were a sham. Trump was merely a scapegoat for celebrities and media talking heads to hide their hatred for those who dare disagree with them behind.

It’s just more obvious now. There are no jokes or clever remarks about Trump’s hair or diet habits to mask the hatred in. Saying millions of people do not deserve a vaccine simply because their state appears to lean the opposite way as you politically is just par for the course. No masks? No shutdown? No vaccine for you. That’s how it works now for too many on the left. Disagree politically and be stripped of your humanity.