‘You don’t know what you’re talking about!’: Fauci LOSES IT with Sen. Rand Paul over Wuhan lab funding accusations 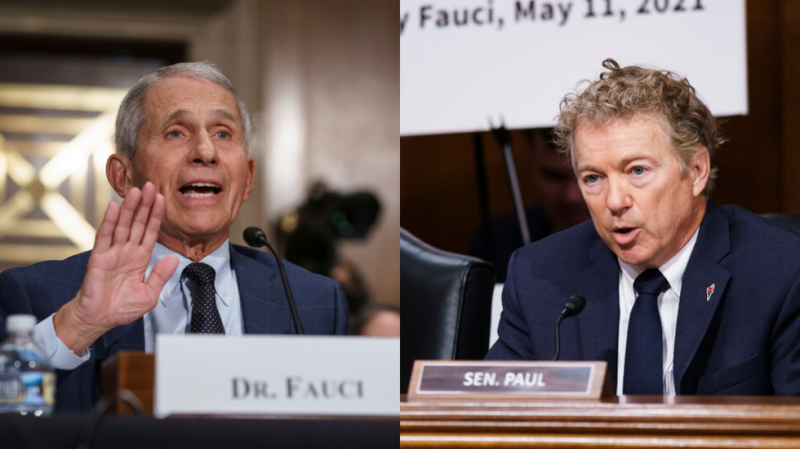 Questioning Fauci during a Senate Health Committee hearing on Tuesday about the government’s coronavirus response, Sen. Paul (R) implied that Fauci lied to Congress in May when he said that the National Institute of Health (NIH) did not fund so-called ‘gain-of-function’ research at the Wuhan Institute of Virology in China, believed by many to be the source of the coronavirus pandemic.

“I have never lied before the Congress, and I do not retract that statement,” Fauci replied.

Paul presented a 2015 academic paper that asserts such research did take place at the Wuhan lab, and was partly funded by the NIH. One US scientist has reviewed the paper and concluded that the research within “seemed to meet the definition of gain-of-function,” — but that it did not lead to the creation of the novel coronavirus. The term ‘gain-of-function’ refers to modifying and increasing the transmissibility of animal viruses to better study their effect on humans.

“This paper that you’re referring to was judged … up and down the chain as not being gain-of-function,” Fauci responded, before Paul interjected.

“You take an animal virus and you increase its transmissibility to humans, you’re saying that’s not gain-of-function?” Paul asked.

“That is correct, and Senator Paul, you do not know what you are talking about, quite frankly, and I want to say that officially,” Fauci snapped back.

Despite the paper’s own definition of gain-of-function research seemingly being the same as Paul’s, the White House scientist still insisted that the research outlined in the 2015 paper “is not” the same thing.

The paper itself does not prove that the Covid-19 coronavirus was created in the Wuhan lab, but it does imply that similar research on bat-borne coronaviruses was carried out there, with the NIH’s financial support. Such research used to be done in the US, but was paused by the Obama administration in 2014 and subsequently outsourced to China. Between 2015 and 2019, the Wuhan lab received, albeit indirectly, more than $800,000 in grants from the NIH. $600,000 in grant payments were given to the institute via EcoHealth Alliance, a private research firm, and $216,000 via the University of California, Irvine.

Paul has repeatedly implied that Covid-19 originated in the Wuhan lab, and accused Fauci on Tuesday of trying to “dance” around his supposed “responsibility for four million people dying around the world from a pandemic.” Yet despite Paul’s accusations, no smoking gun has been found to link the NIH to the strain of coronavirus that triggered the ongoing pandemic.