Home / WORLD / ‘You don’t know what it’s like to experience totalitarianism,’ says the North Korean defector running for election in Britain

‘You don’t know what it’s like to experience totalitarianism,’ says the North Korean defector running for election in Britain 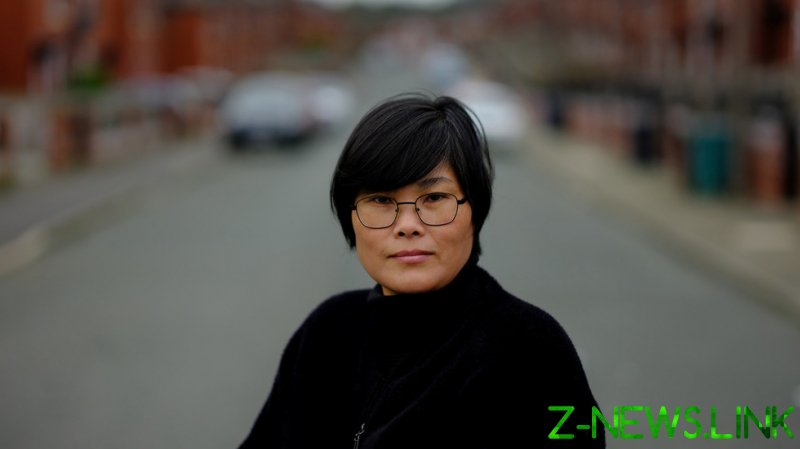 Award-winning human rights activists tend not to join Boris Johnson’s Conservative Party. It’s for the elite, the rich, the upper class. You also wouldn’t expect one to stand up for the prime minister, who embodies privilege, having attended Eton College and Oxford University. But Jihyun Park is different.

“Sometimes I see people describe the prime minister as totalitarian or a dictator, but they’ve never been under a totalitarian system or dictatorship,” she says. “They say these words and they are allowed to. No one punishes or tortures them. They have freedom of speech. I’d say to anyone in Britain: your life is better than that in so many other countries. Enjoy your life, don’t complain, but communicate with your local government to improve it.”

Park is a North Korean defector who is hoping to win a council seat for the Conservatives in the Moorside ward of Greater Manchester in May’s local elections. But why the Tories?

She offers her own North Korean indoctrination as a reason to look beyond lazy stereotypes. Speaking to RT.com, Park said, “Many people have said, ‘You’re a human rights activist, so why did you choose the Conservatives? I was shocked, as this is a democratic country and people can choose any party. They don’t have to follow the one they are told to.

“It reminds me of when I lived in North Korea. I was taught to hate the Americans and the South Koreans, but I had never even met one of them. Yet we always hated them – it was racism, and it never improved our life or brought us any happiness.

“Many people only think about one thing. Like with the Conservatives, they might think they discriminate. But they don’t learn about all those in the party. The Conservatives have always given me an equal chance. When I applied to be a councillor and had to go for the interviews, they never asked me if I was a refugee. They treated me like anyone else.”

Park joined the party in 2016, but the pandemic spurred her to run for election. However, she doesn’t see herself as similar to many who run for office, and adds, “I want to be a local councilor, and, to me, that’s not a politician, it’s a community leader. 2020 was a horrible year – many people died of the virus and many people have been separated from their families.

“I donated PPE to six care homes in North Manchester. This country has given me a new chance and offered my family equal opportunities, so I wanted to help people who are weak or helpless like those residents.

“When I came to the UK, people accepted us and gave us so much: happiness, opportunity, challenges, everything. Now I want to pay back these people – that’s why I’ve stood for this role.”

Park’s journey to Britain was gruesome. She initially escaped North Korea with her son, only to be human-trafficked in China and forced into an abusive marriage. The Chinese authorities then returned her to North Korea, but she had to leave her son behind.

Back home, she was tortured and held as a prisoner, before being freed when they thought she was going to die.

She escaped again to China, found her son, journeyed across Mongolia’s desert with no food or water, and met a man whom she fell in love with and is now her husband.

In 2008, they relocated to the UK and now have three children. Of her astonishing journey, Park says, “In North Korea, we didn’t get any information from outside the country. I didn’t know the former Soviet Union had collapsed or anything about German unification.I only knew about England. I’d never heard of Britain or the United Kingdom. It was confusing when I came to the UK as I had chosen England and people told me, ‘Welcome to the United Kingdom’. I didn’t understand why they had sent me to a different country!

“I graduated from university in North Korea, but that is worth zero in the UK, so I did my school education again and passed my GCSEs and A-levels. In fact, I started my life again.”

There is an endearing humility to Park, and it’s the opposite of the usual bluster of political candidates.

She isn’t claiming to know it all, but does feel her past can allow her to be an effective representative for her community.

As she explains, “My ‘freedom age’ is only 13 years, but my experience is greater than other people’s. Maybe I can’t speak English fluently and I’m weak on things like world history, but I know what freedom is and why family is important. And that’s why I am standing for this.

“I haven’t brought anything with me from North Korea. We are not human beings there – it’s a hate-filled country. I never thought I would become a politician, as I never knew what democratic freedom was.”

Park admits that, when she first arrived, there were some issues. Some people assumed she was Chinese and others threw stones at her house. But she engaged with them and now feels as British as anyone. Her husband is admired in the local area for his blooming garden, and he helps neighbours with odd jobs. And her kids are top performers at school – the family really has found a place in society. In short, it is an immigrant success story.

She continues, “In Manchester, there are many refugees and immigrants. I want to help them, as sometimes immigrants are scared to talk about their background as they can be discriminated against. I want them to know they should never be ashamed of their background – they are all heroes. They were born in their country, but that is not their fault.”

Of course, Park’s story gives her a unique perspective on some elements of British life. For example, the Kim dynasty rules North Korea with an iron fist, but does she see any similarity between them and the British royal family? Clearly, they have very different track records, but both are unelected and put on a pedestal, above the rank and file.

But Park says, “In North Korea, the Kims follow the Juche ideology [that is, self-reliance], but in the UK, it’s totally different – you have lots of different religions, for example. The queen doesn’t control everything, but the Kims? They controlled our mind. You can never compare them.

“North Korea is not a country, it’s a mafia – we are slaves in North Korea. We have eyes and ears, but we only ever hear or see one person.

“Here in England, we have dinner with my children and they tell us about their school day and they smile. But when I lived in North Korea, I didn’t do that – my father only told me to respect the leaders and be careful of what words I used.”

Around 700 live in London and she provides support to help them learn English and negotiate the process of registering with a doctor and the local authority. That, along with her burgeoning political career, has given her a profile.

But she isn’t concerned that the North Korean regime may seek to silence her, as it has with other dissidents. She says, “Maybe they will try, but I’m never scared or worried. I’ve already fought against them twice. I have painful stories from my life, but I never cried. They took my life and everything else, but I always smiled – they couldn’t take that. Now I want to work in my community here and make them smile with me. I don’t worry about anything else.”

All politicians have a snappy slogan or pre-rehearsed message to end any interview with. But Park seems slightly shocked when I ask what she might want to say to the voters who could elect her.

After a brief pause, she delivers a line that the likes of Boris Johnson and his well-connected peers wouldn’t dream of uttering. “I want to save one person. To me, that is like saving the world.”