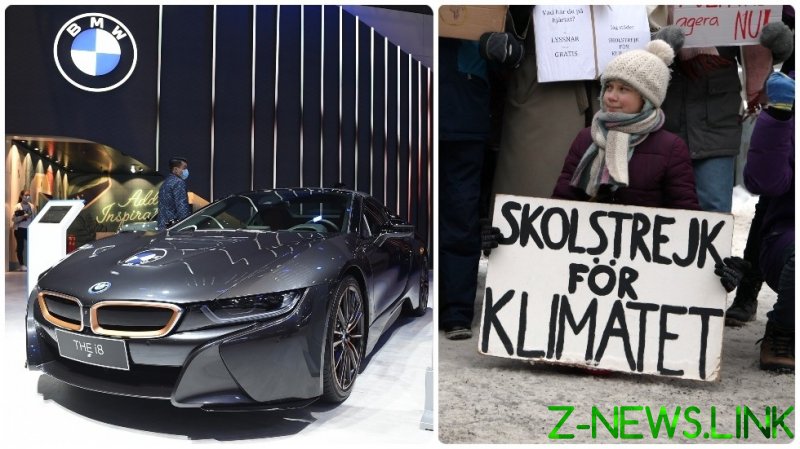 Thunberg technically was the editor-in-chief of the special 58-page Sunday issue of Dagens Nyheter (DN), Sweden’s largest newspaper. The 17-year-old eco-celebrity’s actual input was limited, she said on Instagram, but she did offer some suggestions and feedback, “such as that you can’t have serious reporting on climate and environment while at the same time run ads harmful to climate and environment.”

DN manager Martin Jonsson said the newspaper is in the process of changing its ad policy to be more climate-friendly, but “it will not be ready until next year.” He confirmed that Thunberg reviewed all the ads in the issue before publication.

While some Swedish marketing experts believe the ad to be “cocky” and a “smart move” by BMW, others said it may become a liability for the company. Even people who found the special edition’s content important and urgently needed, found the ad “distasteful”. The company latching on to Thunberg’s fame is a “reputation parasite” that should “keep its diesel-stained fingers away from Greta”, one commentator wrote.

Quite a few negative reactions flew in the face of the newspaper itself, with people saying that apparently it was interested in hard cash more than in saving the planet, despite printing the themed issue. Some questioned why Thunberg found nothing wrong with the ad.

Thunberg’s environmental campaign had distant ties to the German automaker in the past. Her famous wind-powered trip across the Atlantic to attend a climate change conference in New York last year was done on a yacht provided by Monaco-based Team Malizia. The club counts BMW as one of its major sponsors, though the activist insisted that her sailing was a purely non-commercial free ride for the cause.